The effects of being or knowing and Empath. 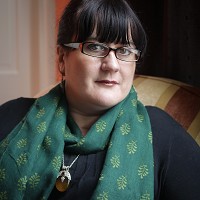 The effects of being or knowing and Empath.

Posted by Sybella Loram 955 Days Ago

The effects of being or knowing an empath.

Being an empath is when you are affected by other people’s energies, and have an innate ability to intuitively feel and understand others.  Your life can be unconsciously influenced by others’ desires, wishes, thoughts, and moods.  Being an empath is much more than being highly sensitive and it’s not just limited to emotions.  Empaths can perceive physical sensitivities and spiritual urges, as well as just knowing the motivations and intentions of other people.   You are always open, so to speak, to process other people’s feelings and energy, which means that you really feel, and in many cases take on the emotions of others.  Many empaths experience things like chronic fatigue, environmental sensitivities.  Essentially you are walking around in this world with all of the accumulated karma, emotions, and energy from others.

Empaths are often quiet achievers and are highly expressive in all areas of emotional connection, and talk openly, and, at times quite frankly. They may have a few problems talking about their feelings if another cares to listen (regardless of how much they listen to others).                            Being an empath myself, I have been known to do the exact opposite by becoming a reclusive and unresponsive person or friend. I have at times been called ignorant, this was not the case, I just became very good at “blocking out” others and that’s not always a bad thing; at least for the learning empath struggling with a barrage of emotions from others, as well as their own feelings.  Thankfully with a great mentor and life coach I no longer need to hide behind a wall of protection.

Empaths have a tendency to openly feel what is outside of them, as such they are generally non-aggressive , as any area filled with disharmony can create an unpleasant feelings for an empath.  If any harsh words are expressed in defending themselves, they will likely resent their lack of self-control and then feel guilty due to the empathy they feel for their would be opponent. It can be very confusing for an empath just to be angry. Talking things out is a main factor for releasing emotions for the learning empath as such they become very equipped to be more understanding and as such can find peace in most day to day situations.

Withholding emotions and not being able to express oneself can cause traumatic and sometimes depressive experiences. I have life coached many an empath to find that they did not understand their need to express their thoughts let alone feelings. Sometimes they were not aware they were empaths at all. Many of my clients have grown up amongst the old victorian values of not been allowed to vent their feelings or been told they are too aggressive or too sensitive and as such they shut down and bottle up their emotions. This is as they have been programmed to think expression is a bad if not rude to do so in  public.

Emotional withholding can be extremely detrimental to one’s health. The longer anyone holds onto any destressing emotion the stronger the need to express oneself will become evident. Thus these emotions become explosive, so the need for the empath to express becomes a way of healing rather like downloading and then deleting the Cookies off a computer. As your computer functions faster and clearer so does the empaths soul and mind.

I have met empaths through life coaching that have told me they cannot watch TV especially the news and any adverts for helping abused animals. Some have told me how these broadcasts have left them feeling physically ill or depressed for hours sometimes days. This is often hard for the non empath, partner or spouse to understand and the empath can struggle to explain to the sometimes ignorant or closed off if not uncompassionate person.

In my experience empaths are usually the people who end up working as teachers, caregivers, nurses or even psychics or counsellors.  They volunteer many hours of their time, especially when working with animals.  Music can play a massive part in an empaths day to day life.  Strong lyrics will have powerful influence on an empath and as such the empath can become a song writer or poet.  Empaths will attract all sorts of people, especially children and often animals too. As complete strangers find it so easy to speak to empaths, sometimes about the most private topics, it is not unusual to find empaths working with the elderly or the dying.

I have often found empaths make great problem solvers which can be very beneficial if you have one as a friend. Empaths love to find solutions so they are beneficial when there is a relationship crisis or problems at work. Empaths have this ornate gift of being able to connect to source (the universe) and receive guidance and knowledge in solving anything they chose to put their mind to. Many psychics are empaths but not all empaths are psychic.

On the flip side of being an empath, they can be very moody and without warning are prone to being too much for many, that are not such empathetic or good listeners.  As an empath myself, I can say that my thoughts and feelings can be so over whelming and if not shared with people it can cause great destress and anxiety . I can also say that many of the people I have spent hours listening too with their problems would rather jump ship then give me ten minutes of their time. This is hard for the poor empath as they can gain a bad reputation for being a moaning Mollie.

Abandoning the empath in those moments of mood swings can cause horrible knock on affects. Ten minutes of a good listener’s time and a bit of compassion can make all the difference to the empath. Many people are not aware they are empaths and when they finally do become aware they do not always understand what is happening to them.

The biggest enemy to the empath is the narcissist or sociopath along with the average selfish attention seeker or ignorant energy vampire. Unfortunately for us empaths, we attract them like a magnet does metal.  Always remember to protect yourself by grounding yourself and having at least a day a week to yourself.  If your friends and family are prone to jumping ship then write it down, this is a great way of releasing those monkeys that have been dumped on our shoulders.

Hello and Welcome to my page and please feel free to check out www.sybellaloram.com

I am a qualified and experienced Spiritual LIfe Coach also trained in Combined Therapeutic Counselling Skills. I offer a warm and open approach to people. I specialise in working with individuals face to face, by telephone and... [read more]