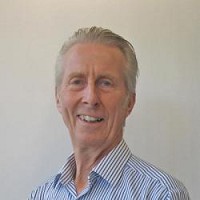 The Virtual Gastric Band – what’s that?

It’s a simple but usually very effective way of training your mind to change your eating habits. In hypnosis, you would experience having an imaginary gastric band fitted to your stomach to form a small pouch so that you would feel full on a smaller amount of food than you have been used to eating.

Is this just for very overweight people?

If you need to reduce your weight by at least 7lb /3 kg it could be suitable for you. Some clients drop 7lb /3 kg in the first week and others more or sometimes less - then they reduce at a slower rate each week and that makes for a safe method.

Why not just stick to a diet instead?

We know that diets don't work beyond the short term, like dropping several pounds in readiness for your summer holiday or for that wedding you’re attending in a few weeks time. Then when it’s over what typically happens?

Most people who follow a traditional dieting system will lose weight while they are on the diet. But as soon as the diet stops, the weight invariably returns, often leaving them heavier than before the diet began! It’s estimated that 95 percent of people who diet experience this cycle.

Many diets include some form of deprivation and/or denial, like a total ban on cream cakes or chocolate, almost creating a temptation to get sneaky and eat in secret and feel guilty as well.

The short answer is no... which might surprise you, but you find that it becomes easy to limit the amount and the frequency of eating treats because you have become able to take control.

Self denial can increase the desire

Who hasn’t developed a yearning for a food you’re not supposed to eat? A more acceptable and workable alternative instead is be able to eat a little less of temptation foods than you became used to. Being allowed to eat any food in moderation can actually lead to weight loss, because you have no reason to beat yourself up and call yourself a failure when you enjoyed a couple of squares of chocolate. You’re unlikely to quit, which is so easy to do with dieting. Cutting out favourite foods completely is a bad idea but cutting down on those foods is achievable and sustainable.

What’s the real key to the effectiveness of a virtual gastric band?

Your mind teaches you to become very aware of changes in stomach sensations as you consume your food. You will notice hunger sensations, which are an obvious cue for you to eat, then you will notice the sensation when you have eaten enough and will know it’s time to stop. This contrasts sharply with the experience of many who are oblivious to how much food has passed their lips until they suddenly notice a bloated feeling. Too late! That surplus food will be great for conversion to sludge and for piling on the pounds or kilos.

So, if you need to reduce your weight and then maintain control for year after year, The Virtual gastric band hypnotherapy programme could be good for you. Of course no weight loss system will produce the same results for everyone and over a 5 week period my clients have recorded weight losses ranging from 15 lbs to 3lbs. What most of them have reported though is that they no longer think about eating between their 3 smaller main meals each day and they feel fitter and enjoy being in control too. Scales no longer dominate - but how they look and feel becomes a more valuable measure of success.

Robin How is a practitioner for The Virtual Gastric Band