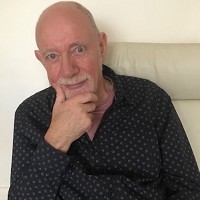 I have been working as an integrative psychotherapist for nearly 35 years. I offer specialist support with relationship and sexual issues to individuals and couples as well as supervision to practising counsellors and psychotherapists. I also have extensive groupwork experience, both in the United Kingdom and in Europe.

Over the years I've been practicing as a therapist, my approach may have evolved considerably, but the principles remain the same.

Life can be difficult for all human beings and it impacts on all of us on a daily basis. Work, relationships, money, health are things that none of us can take for granted. However, as human beings, I believe that we all have an innate capacity to seek out and maintain a fulfilling and rewarding relationship with the outside world and to cope creatively when things go wrong. BUT, it doesn't always feel that way does it?

When things go wrong, it's tempting to focus on the thing itself - the depression, the bereavement, the relationship break-up, the illness, the redundancy etc. This is understandable, but it's not really the business of psychotherapy. As a psychotherapist, I'm interested in how you experience your bereavement, for example, and why it's difficult for you to deal with. I'm also interested in supporting you in accessing your own innate capacity to not only cope with whatever life throws at you, but to grow and achieve your full potential as a human being.

In this way, I suppose you could say that my goal is to make myself redundant since, if I can enable you to access your own capacity to cope with life and live it fully, you won't need me anymore!