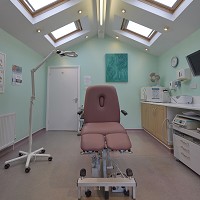 Daniella Doe - BSc(Hons) D.Pod.M. M.Ch.S. Registered on the Health & Care Professions Council
joined us in 2017 after 1 year in the NHS. Daniella qualified as a podiatrist after her 3-year degree from Plymouth University. Daniella is learning new approaches to podiatry with us at Forest Foot and Health Clinic and is eager to put them to good use alongside her in-depth knowledge from working in the busy clinic in Solent for the last year. Whilst Daniella has a broad interest in podiatry she is also a keen netball player for Hot Shots Netball Club in Bournemouth.

Nikki Brook - BSc(Hons) D.Pod.M. M.Ch.S. Registered on the Health & Care Professions Council
I graduated in 2012 from Queen Margaret University in Edinburgh with an honour's degree in Podiatry. Since then I have gained many years' experience in both the NHS and private sectors.

As well as routine podiatry and providing footcare advice, I have an interest in the more specialist areas such as biomechanics/MSK, nail surgery and using the latest advanced technology for certain foot problems. I continue to update my knowledge and skill base by undertaking courses, attending branch meetings and conferences.

I also think an important part of the job alongside the podiatric treatment is getting to know the patients, listening to their needs and communicating effectively so that a tailor made treatment plan can be produced that suits the patient for optimum care.

All our podiatrists specialise in nail surgery, biomechanics and routine podiatry.

Our professional podiatrists and highly skilled therapists bring decades of experience to our Cadnam clinic. They have seen everything our feet can kick at them, from problem prevention and diagnosis to comprehensive treatment and rehabilitation plans - so they will know the best care plan for you.

A Holistic Approach to Healthy Feet

We carry out an initial assessment of foot pain issues and provide a range of services within your treatment plan: