Astrology is a method of divination based on what's occurring in the sky at a particular place and time. While divination is often thought of as another word for "predicting the future" or "fortune-telling", these thoughts are really only a small part of it. More correctly, divination means entering into a sacred space to conduct a conversation with the divine. That conversation can have many aspects: gaining a different perspective on a situation, foreseeing potential outcomes and negotiating a new approach to a current position are all part of a divination. 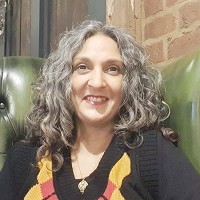 I am here to guide you through your self-discovery journey and your current life problems and upcoming transitions.

We get to the heart of your matters and make long lasting changes that will help you reconnect to your brilliance and truths. Truths that will set you free to live life... [read more]

My purpose in life is as a guide to those who are seeking answers that cannot be found by ordinary means. I combine a wealth of shamanic and scientific knowledge to help the seeker find their true purpose in their lives.

I have a deep passion for helping others succeed and... [read more] 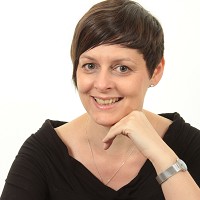 I use the natural cycles and rhythms of the cosmos to help people manage all four quadrants of life - body, mind, emotions, and spirit. The breath is the first cycle we encounter and holds so much magic, coupled with astrology... [read more] 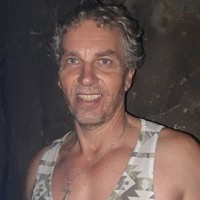 My name is Robert Hawk, I live and work as Shaman, Healer and Guide, Shamanic Teacher, Meditation Teacher, Shamanic Artist. I have been doing Shamanic Healing Work since 2006. my skype is ra.hawk best contact form I am also
Have a look at this
Hello Robert we... [read more]

Astrology is a method of divination based on what's occurring in the sky at a particular place and time. While divination is often thought of as another word for "predicting the future" or "fortune-telling", these thoughts are really only a small part of it. More correctly, divination means entering into a sacred space to conduct a conversation with the divine. That conversation can have many aspects: gaining a different perspective on a situation, foreseeing potential outcomes and negotiating a new approach to a current position are all part of a divination.

Some diviners, of course, whether using astrology, Tarot, the I-Ching or other methods, do focus entirely the aspect of foreseeing the future, but this can be quite dangerous, since it can imply that a future outcome is already determined and that free will does not exist. A consultation with a professional astrologer will take a broader view: fate and free will combine to define our future, and the moment of divination that happens in an astrological reading is an opportunity both to understand the present and to negotiate the future.

Most methods of divination, from reading tea-leaves to judging a horoscope, use some form of physical object to represent the divine side of the conversation; the role of the diviner is then to interpret and mediate between the divine and the human. The physical representation used by an astrologer is nothing less than the entire sky that over-arches a particular time and place. This representation is unique not only in its magnificence, but also in its high predictability over time.

It's this aspect of time that makes astrology so different to most other forms of divination. A Tarot spread, for example, can show time at a high level - e.g. past, present and future - but it's only with astrology that one can look at precise moments of time in the past or the future and compare them with the present time. This allows astrology to explore the evolution of a situation better than any other form of divination.

But, really, what is Astrology?

That's all very well, I hear you say, but come down from the clouds of divination and tell me what astrology really is! How do you "do" it?

The bottom line is that for every place and time that you can imagine, there exists a unique sky above it. In the very early days of astrology, some 4,000 years ago in Babylon, astrologers simply went out and looked up at the sky to divine its meaning. Today, we use a map of the sky (usually computer-generated) called a horoscope as the basis of any reading.

Like any map, the horoscope uses a set of coded symbols to represent the key features of the sky as seen at that time and place. This horoscope is associated with any and every event that occurs there and then - a meeting, a car crash, a birth or a death, a football game or a medical operation - we can look at whatever occurs at that moment and place through the horoscope. A horoscope associated with a beginning (often called a birth or natal chart) is assigned special importance in astrology because it can stand for what was born throughout its life. It's interesting to note that anything that was "born" at the same place and time as a person has the same chart, whether it's a dog, a car or a company, and the chart must be interpreted differently depending on what birth you are looking at. (Note that the word "horoscope" is misused in newspapers and magazines - your horoscope doesn't change from day to day or month to month; like a pet, it's for life!)

The other misconception we had better clear up now is this: most modern astrology is not about the stars! So phrases like "star signs" and "what the stars say" are also misleading. Astrology is largely about what moves against the background of the stars, namely the Sun, Moon and planets, as well as the horizon, and uses the stars as a way of tracking that movement. It's this information and more that's recorded in a horoscope.