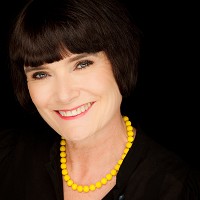 I worked as a counsellor in private practice , as well as at the Bristol University counselling service and the Bridge Foundation, for some years.

I then went on to train as a psychoanalytic psychotherapist at the Severnside Institute for psychotherapy where I qualified in 2007 while running a private practice from... [read more] 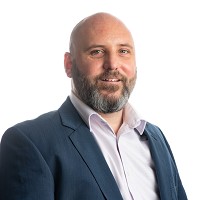 I am a HCPC registered clinical psychologist specialising in adult mental health. I provide a range of evidence based psychotherapies to alleviate psychological distress in Devon, my main approach being Intensive Short Term Dynamic Psychotherapy (ISTDP).

Intensive Short term Dynamic Psychotherapy has a robust evidence base and is highly effective form of... [read more]

ISTDP was initially developed by Dr. Habib Davanloo in Montreal in the 1960's and his empirical discoveries were based on extensive videotaping of psychotherapy sessions. Dr. Davanloo subsequently collaborated with Dr. David Malan, the renowned psychiatrist and psychoanalyst, at the Tavistock Clinic in London.

Dr.David Malan and his wife Jennie, an educational psychologist, were instrumental in introducing ISTDP to the UK. In 2006, the Malans convened the first ISTDP conference in Oxford where leading clinicians presented video recordings of their work. At this conference, a great deal of interest in ISTDP was generated and a Core Training in ISTDP began in London later that year. Since then there have been another 7 training groups.

Whilst ISTDP is based on psychoanalytic theory and psychodynamic principles, in practise it differs significantly from these approaches. The ISTDP therapist is an advocate of change and there is persistent focus on affective experiencing in the here-and-now, rather than on content, thoughts and interpretations. In ISTDP, the therapist relies on non-interpretive techniques such as: encouragement to feel; challenge to take responsibility for healthy change and confrontation of resistance to change. ISTDP practitioners are on the side of health and are thereof always encouraging the healthy part of the patient to face their defences and resistance rather than staying passive in the face of them. ISTDP treatment is video recorded to facilitate supervision as well as to further research into psychotherapy process and outcomes.

What to look for in an ISTDP practitioner

Each ISTDP therapist will have a background core qualification and registration in psychotherapy or psychology to be accepted on to the three year Core Training in ISTDP. The course fulfils the criteria set down by The International Experiental Dynamic Therapy Association (IEDTA). Once successfully completing the Core Training, therapists can then be registered with IEDTA.

When a client contacts an ISTDP therapist, they will be invited to attend a two to three hour 'trial therapy'. This gives them the opportunity to fully experience ISTDP therapy. The client is then in a position to make an informed choice as to whether ISTDP is an appropriate therapy for them. The trial therapy is both diagnostic as well as therapeutic.

If the client decides to continue with the therapy, the preferred length of session is ninety minutes. If that is not possible then a shorter session of sixty minutes can be arranged. ISTDP therapists are flexible in their approach so the frequency of session will be agreed mutually - not necessarily weekly unless that is what the client requires.

Many ISTDP therapists also offer 'block' therapy of two to three hour sessions as and when required.