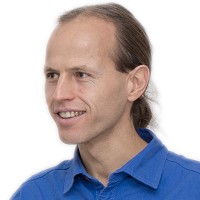 Tom has always been interested in health and nutrition, even as a child. His degree was in physics, but after his undergraduate degree he began practising Tai Chi and other body awareness practices and became fascinated in the non-linear kind of intelligence found in spontaneous movement and creative expression. He contracted gut infections in South East Asia which led to Chronic Fatigue Syndrome and suffered insomnia, frequent colds, fatigue, joint and muscular pains as well as gut symptoms for years after ridding himself of parasites. This led to his renewed interest in science, but now it was biochemistry and nutrition that his research focused on. Eventually he had acquired a large knowledge base and felt his passion lay in helping others, so he completed a 3-year training at the College of Naturopathic Medicine in London, the DNALife certification training for nutrigenetics counselling and further training with the Institute Of Functional Medicine and numerous experts in all areas of nutritional therapy based in biochemistry, science and clinical experience.
See his video to learn more.

Tom completed his 3-year diploma in naturopathic nutrition and naturopathy at the College Of Naturopathic Medicine in London and his nutrigenetics certification with DNALife, taught by Umahro Cadogan. Further professional development in nutrigenomics includes training with Ben Lynch and Sterling Hill with Carolyn Ledowsky and Cynthia Smith.
He is a graduate of the Institute for Functional Medicine trainings 'Functional Nutrition:Head to Toe' and 'Applying Functional Medicine In Clinical Practice'
He has trained with many other leading experts in their fields - see the 'About' page of his website for more details of his continuing professional training at the cutting edge of nutrition and nutrigenomics.

Tom is a member of BANT, CNCH registered and an associate member of the Royal Society Of Medicine.

Both experience and training in naturopathy and functional medicine have given Tom an understanding of how all of the body systems are not just interconnected but inseparable. Thus although he specialises in several areas he also keeps a broad knowledge of all aspects of health. Tom seeks out the root causes of imbalance in the body to find how best to direct treatment to optimise health. He personalises treatment with the use of genetic testing, a powerful tool especially when used in parallel with biochemical testing.

Tom believes almost everyone can find abundant health and energy to live their life fully.

Sometimes change is rapid and these two consultations are enough. Often change requires a more gradual approach and more follow-up consultations may be booked.
Nutrigenetics testing can be helpful in many cases.

For more information please have a look at my introductory video and my website, and book a free no-obligation 20-minute telephone conversation with me to discuss how I can help you. My blog posts and videos as well as other informative articles on health and nutrition are also posted on my Facebook page https://www.facebook.com/wisdomnutritionuk

Please see my website wisdomnutrition.co.uk for information on the structure and timing and latest prices of consultations and of genetic testing.