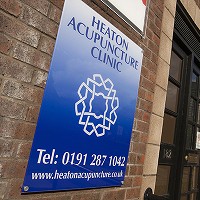 Acupuncturist in Newcastle Upon Tyne

Feras is a graduate of the Northern College of Acupuncture in York where he gained an interest in Gynaecology after spending most of his clinical placement with Mandy Metcalfe. He received initial training in Oriental Medicine from Mr Neil Thompson, one of the best established practitioners in the North of England and medical Chi Kung from Dr Bisong Guo over several years.

Feras is a long time student of Tai Chi Chuan and a senior instructor with the Taoist Arts Organisation, for whom he holds classes locally. He is skilled in traditional “Trauma Medicine” and the use of external herbal applications to treat acute and chronic musculo skeletal conditions. He is also trained in Chi Kung Tui Na (light touch body work technique) under Bruce Frantzis and Taoist Tui Na from Mr Tony Swanson (The head of the British Council for Chinese Martial Arts). He is also an indoor student of Master Ma who leads the HunYuanXingyitaiji, a system that fuses taoist practice from the WuDang and Ermi mountains, it contains both static and dynamic Chi Kung sets as well as breathing patterns and forms.
His commitment towards his development involves attending courses in the UK, Europe and the USA as well as travelling to China and Hong Kong to further his teaching and refine his skills.

Member of British of Acupuncture Council

Feras worked at Newcastle Sports Injury Clinic for a number of years dealing with amateur and professional athletes up to Olympic level, giving him excellent grounding in treating muscular skeletal conditions. Eventually, his interest in gynaecology lead him to be known for promoting fertility, his success in helping couples have children lead him to study paediatric acupuncture with Julian Scott, thus making him one of only a handful of acupuncturists trained to treat children. His clinical expertise also includes menopausal conditions and anxiety disorders. In addition, Feras has a particular interest in some Auto Immune Syndromes.