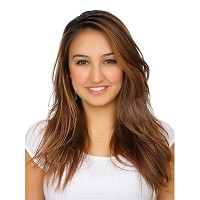 I am in London to provide counselling services to individual, families and couples. My areas of expertise are anxiety, panic attacks, performance anxiety, concentration difficulty, post-traumatic symptoms, phobias, chronic pain and relationship problems. I mainly utilise Eye Movement Desensitization and Reprocessing (EMDR), Solution Focused Therapy, Cognitive Behavioural Therapy, Family and Couple Therapy. As I formerly come from a psychoanalytic background.
I am a member of the British Psychological Society and EMDR UK & Ireland.

ABOUT
Zeynep Zat received her Psychology degree at Istanbul University. She has gained mainly psychoanalytical understanding throughout the bachelor years. As one of the top students in psychology during her undergraduate education, she was awarded the opportunity to study a second program in which she focused on children and families. She did an additional program studying Gifted and Talented Children. She has also taken further courses on counselling children and helping reform relationships with their families.

Following her graduation, Zeynep received a masters degree with distinction in Psychological Therapies at Queen Mary, University of London and she also has PhD Degree in Counselling.

In addition to academic studies at the University of London, she has also been an intern at East London NHS Foundation Trust. After receiving her formal degrees, she has also attended Advanced Training for Children and Families, and Summer School of Solution Focused Brief Therapy in London. She trained in Eye Movement Desensitization and Reprocessing (EMDR) Therapy, which was suggested as first-line therapy for the treatment of post-traumatic symptoms by the World Health Organisation (WHO) Guidelines* in 2013. She is an EMDR Europe Accredited EMDR Practitioner after completing Level I and II Trainings, supervision and working with a number of clients with various problems. She is currently in the process of becoming an EMDR Europe Accredited EMDR Consultant.

Zeynep has also attended training in Couples and Family Therapy and received supervision to work with families and couples. She attended training on Psychodynamic Approaches for Personality Disorders and Cognitive-Behavioural Therapy. She is also qualified to administer the Weschler Intelligence Scale for Children (WISC-R).

Zeynep Zat has worked at the Institute for Behavioural Studies (DBE), in Istanbul, Turkey. This is one of the most well-established private practices providing psychological services in Turkey, founded in 2011. During those years, she has become the project coordinators of various research projects including treatment of fibromyalgia, chronic headaches, chronic depression and weight control. EMDRIA awarded one of the projects conducted by Zeynep Zat and Emre Konuk on the treatment of fibromyalgia a 25.000 USD grant. Another project on Syrian Refugees in which she developed a protocol to work with refugees on post-traumatic stress symptoms was awarded the Francine Shapiro Award.
Zeynep has spent time volunteering as a member of a therapist and researcher team providing group therapy for Syrian refugees on the Turkish-Syrian border. She is interested in conducting research and is enthusiastic about keeping abreast of new knowledge in her field. She does that by attending various academic congresses around the world. She has presented her work (joint with Emre Konuk, founder of DBE) at the 2013 Congress of International Family Therapy Association in Orlando, USA. She presented on EMDR Treatment of Fibromyalgia at EMDR Europe Congresses in Edinburgh, Scotland, Den Haag, Holland and at EMDR International Association Congress in Philadelphia, USA. She also presented her family therapy work at World Family Therapy Association Congress in Malaga, Spain and European Family Therapy Association Congresses in Istanbul and Athens and also at Psychiatry Congresses in Antalya and at EMDR Symposiums in Istanbul, Turkey.

She is passionate to teach at universities and enjoys the opportunity to share her knowledge with young psychology and counselling students. She has been an invited speaker at top universities including Bogazici University, Koc University, Marmara University, Bahcesehir University, Istanbul City University, Yildiz Teknik University where she has presented on her favourite topics: trauma treatment, EMDR and psychotherapy.

I work with adults, couples and families.
My areas of expertise are anxiety, panic attacks, performance anxiety, concentration difficulty, post-traumatic symptoms, phobias, chronic pain and relationship problems.
I also do home visits to observe relationships that naturally develop in families and give consultation about how to improve the relationships within the family.

I am an EMDR Europe Accredited Practitioner and Consultant. I mainly utilise Eye Movement Desensitisation and Reprocessing (EMDR). I also use Solution Focused Therapy, Cognitive Behavioural Therapy, Family and Couple Therapy depending on the issues and clients` needs. As I formerly come from a psychoanalytic background, I inform my work from a psychoanalytic perspective.

I work with sliding scales. When we decide to work together we can discuss about how much you can afford for your counselling sessions and set an amount for this.