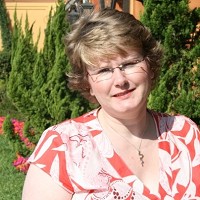 Contact Visit Website
I am an experienced Counsellor, Psychotherapist, Child Development Practitioner and Parenting Support Worker based in Isleworth, West London. I have worked many years in schools, counselling agencies and local authorities, including the London Borough of Hounslow.
I am also married with two children and have worked with a wide range of clients, age groups, cultures and issues.

I have been a member of BACP (British Association for Counselling and Psychotherapy) since 2004. I use mainly Person-centred, Cognitive Behavioural and Psychodynamic theoretical approaches. My work also includes art-therapy and narrative therapy with clients suffering from trauma or who find it hard to communicate.

Conferences, training courses and workshops that I have attended and completed in recent years:

Once you have contacted the Counselling Centre by phone, text or e-mail we will get back to you within 24 hours to confirm receipt of your message and arrange a convenient time for you to come for a free Introductory Session.

Sometimes a chat with a friend is not enough and we need some Professional Support from a Qualified Counsellor who specialises in emotional problems, struggles and traumas.
A Counsellor has at least four years of training and work experience before being able to practise as a Qualified Private Counsellor. Sometimes we need help from our G.P. too if we feel unable to cope and are desperate. Anxiety, panic attacks, depression and other more serious conditions can be managed well with mild medication and counselling combined. Relaxation techniques, healthy eating and exercise can also alleviate some of the emotional symptoms by releasing 'feel good' endorphins. We can discuss this at any point too.

This session is a chance to introduce you to counselling, clarify expectations and explore what you would like to work on. It costs £20 only.
We will do a quick assessment to gather some background information to help us meet your needs and understand you as much as possible. This is all part of the Code of Good Practice advised by BACP (British Association for Counselling and Psychotherapy) which we adhere to. We will discuss how you are feeling now and you will have the opportunity to raise questions about the counselling. If you are happy to continue we can arrange your first session there and then. If you would like to think about it longer you are free to take away the information that will be given to you and contact us with your decision.

Sessions are normally once a week and last one hour. This time goes surprisingly quickly. The first few weeks are often used to gather information about you and your situation, past and present. This helps us understand and empathise with you. This also helps us decide which counselling approach might suit you best. Counselling sessions can continue for as long as you need them. This is the first step of your journey - congratulations.
Give yourself time and space on your counselling days as exploring feelings and emotions can be tiring. We will go at a pace that you are comfortable with and can stop at any time. This is a journey of discovery and can be challenging but also refreshing and it will help you in many ways.