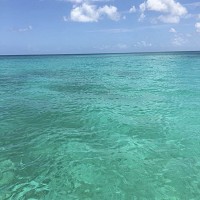 Contact
You can be freed from past traumas and ways they are causing anxiety, PTSD, phobias, fears, stress, depression, negative thinking, feeling of being stuck, blocked and unhappy.
To bring you freedom from the above I use a very powerful method called The Havening Techniques®.

I am a result focused therapist always determined to treat a root cause of an issue rather than ease its manifestation.
For example, if you are overeating, permanent change will occur if the root cause of it (THOUGHT) is look at rather than changing your behavior to, for example, eating less. Once the light is shone on your (often subconscious) thinking around an issue, positive and permanent changes will manifest.

I use revolutionary (as spoken about by Paul McKenna, PhD) Havening Techniques®. The Havening Techniques® method is designed to change the brain to de-traumatize the memory and remove its negative effects from both our psyche and body. During a Havening session, the distressing event and the associated emotional state are recalled and a gentle touch to your face and forearms is applied which is coupled with distracting tasks. This process increases the levels of serotonin which can disrupt the link between the traumatic memory and distressing emotions it produces. This method is rooted in the latest findings from neuroscience and resets the biochemical landscape of the brain. As a result the link between an upsetting/traumatic memory and feelings is severed.

I adore working with children whose imaginations amaze me every time.

Having worked in Investment Banking for 20 years, I am now utilising my experience of time efficient and result driven environment to help my clients with plethora of issues arising from negative past experiences and thinking. I am passionate about giving my clients tools to use in whatever opportunities life presents to them.

I work by understanding the cause. My understanding is that if the cause is not uncovered, working on the issue is like correcting a spelling mistake on the computer screen using Tipp-Ex rather than retyping it correctly.