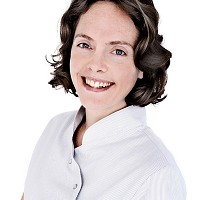 Structural Balance is a clinic in Shenington, North Oxfordshire run by Angela Radley (ex Donovan) BCSI(CM). Angela is a Anatomy Trains Structural Integration (ATSI) practitioner who is Board Certified by the International Association of Structural Integrators (IASI).

Angela works uniquely, combining her knowledge of unwinding and balancing human structure through Structural Integration with Active Fascial Release movements to enhance and accelerate change. Her sessions involve hands on fascial / soft tissue release both on and off the treatment couch.

ATSI when done in it's complete series of 12 sessions re-forms tissue health by releasing old patterns and aligning the whole body. It provokes ease of movement, greater balance and enhanced physical performance.

Fascinated by the work and its phenomenal success of correcting structural problems, Angela began training to be a Structural Integrator in 2010. She has established a busy clinic in Leamington Spa before moving to Shenington just outside Banbury.

Angela has been interested in human structure, balance and performance for a long time. Inspired by her mother, Jo Radley who is an Acupuncturist, healer and a trained Structural Integrator from the Guild for Structural Integration in Boulder Colorado, and San Francisco.

Angela began her training with the British School of Osteopathy, where she gained her Access to Higher Education Diploma (Osteopathic Sciences & Health Care) and was invited to train with the BSO to become an Osteopath. At this point after careful consideration Angela chose to train in Structural Integration instead of osteopathy.

She graduated as a ATSI practitioner from Anatomy Trains in June 2012. Successfully passed her exam to be a Certified Board Structural Integrator with IASI the International Association of Structural Integrators in July 2012 and continually maintains her professional development.

Angela regularly undertakes Continued Professional Development and assists on courses when she can.

Angela works uniquely, combining her knowledge of unwinding and balancing human structure through Structural Integration with Active Fascial Release movements to enhance and accelerate change. Her sessions involve hands on fascial / soft tissue release both on and off the treatment couch relieving symptoms often presenting as pain caused by postural imbalances.

ATSI is a form of Structural Integration working with unique myofascial lines developed by Tom Myers called Anatomy Trains. These lines map connections through the whole body from foot to head, front to back and superficial to deep. Imbalances add strain to the body's structure and can be felt as aches which often manifest over time into acute pain.

To achieve long standing results a structured series of 12 sessions is most affective. Angela's skill is to specifically design the series to suit individual problem(s). What may be felt on the surface may not be the cause. The sessions will work all areas of the body from toe to head and superficial to deep; allowing the body to rebalance. Integrating the whole system is an approach that sets Structural Integration apart from other kinds of bodywork or manual therapies.

There are several schools teaching Structural Integration primarily based on the pioneering work of Dr. Ida Rolf. Tom Myers, the founder of KMI trained with Dr. Rolf and has practised integrative bodywork for over 30 years in Europe, the UK, and the USA. Throughout his career Tom and has been influenced by other forms of movement work: Mosche Feldenkrais, Judith Aston and Emilie Conrad with some of these techniques being incorporated into ATSI.