3 Tips to Deal with Negative Thoughts 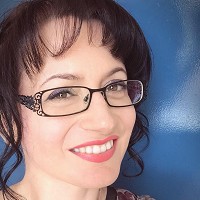 3 Tips to Deal with Negative Thoughts

Posted by Alexandra Cingi 334 Days Ago

If you have negative thoughts, and have tried unsuccessfully to suppress them, congratulations: you’re human!

To varying degrees, we all have negative thoughts, and we all share an inability to suppress them. Research confirms that the more we try to push a thought down, the more prominent it becomes. Remember that well-known mind trap, “Don’t think of a pink elephant”?

The good news is that there are ways to loosen the emotional hold that thoughts have on us. Here are three tried and tested strategies:

Use these strategies on anything which attempts to grow big and scary in your mind – you will find that, if it fails to get your attention, the negative thought will soon end up scuttling back off into obscurity.