The evidence for Osteopathy for Neck Pain

Posted by Jenny Howell 2461 Days Ago

Osteopathy for Neck Pain A 12-week course of spinal manipulation had a statistically significant advantage over medication such as aspirin and ibuprofen in reducing self-reported pain after eight, 12, 26 and 52 weeks, according to the study, published in the Annals of Internal Medicine. Kelston Chorley, Head of Professional Development at the British Osteopathic Association says: “These research... [read more]

Cranial Osteopathy for Babies and Children

Posted by Jenny Howell 2524 Days Ago

Cranial Osteopathy is a very gentle form of osteopathic treatment. Osteopaths are trained to feel subtle movements present in the body. This is referred to as involuntary motion. The skull which is made up of 26 small interlocking bones changes shape slightly to allow for the involuntary movement occurring in the brain. These movements may be... [read more]

Digestive problems and how osteopathy can help

Posted by Jenny Howell 2614 Days Ago

People usually associate osteopaths with backs and necks but these are not the only areas that osteopaths deal with. We can usually deal with any muscle, joint or ligament problem. However, we also deal with visceral problems which are concerned with the workings of the abdominal organs. Digestive problems such as indigestion, constipation or diarrhoea can be... [read more]

Can Cranial Osteopathy Help You? Why is it different from classical osteopathic manipulation? Cranial Osteopathy is a very gentle and relaxing treatment aspect of osteopathy which can be applied to the whole body not just the head. It is a very effective approach and is successfully used for conditions of all age groups - babies, children, adults and... [read more]

As any mother knows, pregnancy is a time of amazing changes. Not only does a baby grow from a single cell to a human being ready for life, but the mother's body also makes amazing changes too. An important aspect of these changes, are changes to her posture. During pregnancy the foetus grows in size and the... [read more]

How to correctly adjust your car seat to reduce backache

These instructions on adjusting your car seat if followed carefully should have a beneficial effect on your spine and comfort when driving your car. Most people just get into their car and make adjustments to the seat without considering just what effect they are truly having. If you set up your seat incorrectly, each and every... [read more]

Reducing back strain/ache when driving

Posted by Tim Marris 2624 Days Ago

Car seating and the adjustment of car seats can affect you and your back, especially if you spend a lot of time in your car. When else would you sit in a chair and not move your spine or pelvis for literally hours at a time? the only nearest comparison, would be to watch a very long... [read more]

Posted by Jenny Howell 2671 Days Ago

During pregnancy, the body produces a hormone called Relaxin. This prepares the body for giving birth by making the ligaments more stretchy and elastic so that the baby can move through the pelvic canal. This can lead to the pubic bone moving anteriorly (forwards) or laterally (sideways) because it is not held in as strong a... [read more] 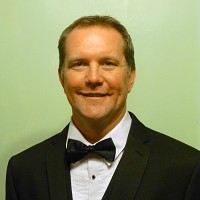 What is Osteopathy and how does it compare to Physiotherapy and Chiropractic?

Posted by Gary Sharp 2686 Days Ago

What is Osteopathy and how does it compare to Physiotherapy and Chiropractic? This is a question which I am often asked in practice. It can be difficult to answer because practitioners tend to work in different ways and the boundaries between the different professions is becoming less well defined. Every practitioner’s ultimate goal is to return their... [read more] 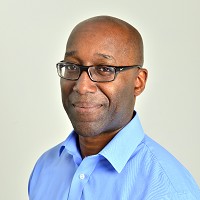 So, what is osteopathy?

Posted by Bob Allen Osteopath Over 1 Year Ago

Osteopathy is a very difficult subject to summarise in the confines of a few hundred words, but here goes anyway....  Osteopathy was developed by an American called Andrew Taylor Still in 1874. He worked as a frontier doctor during the American Civil War and became disillusioned with the practice of medicine at that time as it seemed... [read more]