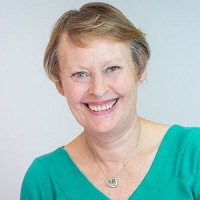 THE IMPORTANCE OF WATER - ESPECIALLY AS WE AGE

Posted by Nicholas Tobin Bowen Technique Practitioner Over 1 Year Ago

Why hydration is so important for older people As we age, it can be more difficult to stay hydrated, as our bodies retain less water, and the signs of dehydration are also often milder, meaning we may not feel thirsty until we are significantly dehydrated. Combined with the benefits of drinking the recommended amount of water each... [read more]

Blog on Bach and Bowen therapy

Posted by Jacky Stevens 1320 Days Ago

Bach Flower remedies: How they can support and enhance Bowen therapy by Jacky Stevens BSc (hons) Cert ECBS MBTPA BFRP As a Bach Flower Registered Practitioner, I see on a daily basis the marvels of using these simple remedies for health, especially when using them alongside Bowen therapy. The impact of our emotions on our general state of... [read more]

Posted by Corinne Denham 1339 Days Ago

Hay fever is one of the most common allergies and affects around 13 million people in the UK. Up to one in five people get affected at some point in their life. Some people may have hay fever seasonally when airborne pollens are at their peak.  Others suffer “hay fever” symptoms all year round (perennial allergic rhinitis).Many... [read more]

Should I Have a Massage or Bowen Therapy

Posted by Corinne Denham 2152 Days Ago

I often get asked this question. It all depends on what you want to achieve. It’s worth asking yourself the following questions: Do you have a chronic condition, an injury, pains or aches which have been bothering you for weeks, months or years? Do you get relief after a massage, but then a few days later it starts all over... [read more]

Posted by Stephen Ludbrook Bowen Technique Practitioner Over 1 Year Ago

Tom Bowen's 100th Birthday Thomas Bowen, who devised the technique we today call the 'Bowen Technique', would have been 100 this coming 16th April (2016).  It was only after his death that the term 'Bowen Therapy' came into existence. Tom simply described his work as 'soft tissue work' and generally did not teach his unique technique... [read more]

Growing Pains in a 5 year old.

Posted by Christine Cahalin EFT Practitioner Over 1 Year Ago

Jamie's (not his real name) Mum attended my clinic with her son as a last resort. She was tired and distressed.  Her son had been diagnosed with growing pains and there was nothing to be done except to give him Calpol. Each night Jamie would awaken around 1am, crying and distressed with pain going down the front of... [read more]

Touch your toes after just a week

Posted by Nicholas Tobin Bowen Technique Practitioner Over 1 Year Ago

Hamstring Problems Hamstring problems are not only one of the most common and time-consuming injuries to treat in athletes; they are also indicated in back pain and sciatica. If you can’t touch your toes and experience hip, back, knee or ankle pain, it’s almost certainly due to having short hamstrings. Half the population cannot touch their toes which may... [read more] 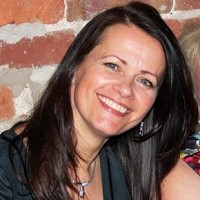 The Bowen Technique - Effectiveness for Migraines

Posted by Carole Crowe Bowen Technique Practitioner Over 1 Year Ago

In 2002, the Bowen Therapists’ European Register (the independent professional regulating body for Bowen therapists in the UK) conducted a National Research Programme to determine the efficacy of The Bowen Technique in the treatment of the Migraine condition.  The programme aimed to record any changes in migraine pattern, according to frequency and severity.  The research was... [read more]