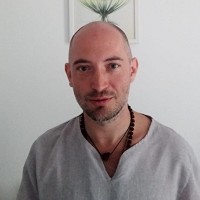 A little fit about the energy of life

Qi is the Chinese term for vital energy or vital breath. Qi is a fundamental component of the universe, an energy field that underlies the creation of all material forms and animates all forms of life. This energy field is extended throughout the universe, "penetrates" and "connects" objects and beings. Qi can flow or stagnate, obey the laws of resonance, behave synergistically and holographically. Certain properties of the universal field of qi can be described through the laws of physics, while explaining others requires a paradigm shift in modern science.

Qi is the vital force responsible for the proper "functioning" of the human being, in all aspects: physiological, mental, perceptual, psycho-affective, etc. The qi field of man, or aura, is a manifestation of the universal qi, associated with the life of each person. The human field of qi is described as an energetic field that surrounds and intertwines the physical body, presenting characteristics that reflect the state of health, vitality, affective and mental dynamics, as well as the level of spiritual evolution of the person concerned. The purer and stronger a person's qi, the more deeper that person is in a relationship of deeper harmony with the Universe and the higher spiritual forces that govern this Universe. Qi is governed by the two polar-opposite principles: yin and yang. When yin and yang are in balance, the body is healthy. When yin and yang are unbalanced, the state of illness occurs.

Qi is influenced by the human mind. Through qigong techniques, qi can be accumulated, concentrated, refined – to achieve various effects: healing certain ailments, increasing performance, developing certain capacities, or spiritual evolution. At the same time, human beings driven by selfishness, bad intentions, or simply out of ignorance, create disturbances in the flow of qi, both in their own field and in the environment, disturbances that will manifest themselves through illness or suffering in various forms.

The concept of vital energy is present under various names and representations in countless Eastern and Western spiritual traditions: prana (in Hindu spirituality), ki (Japanese martial arts), the nimbus or halo of light of the saints (in Christianity). Detailed descriptions of various aspects of life energy are given by Tibetan Buddhist monks, Zen monks, or Native American shamans and healers.

Vital energy was also studied in the west: Paracelsus – in the Middle Ages, Mesmer and von Reichenbach – in the 19th century and Wilhelm Reich – in the 20th century, to mention just a few examples.

Currently, qi is studied all over the world, in numerous avant-garde research projects, with applicability in various fields: medicine, education, social relations, management, defense. Although the phenomenology of qi is not yet accepted by official materialistic science, the published results of these studies, the interpretations made by researchers, as well as the descriptions made by masters of various energy arts, clairvoyants, healers, or people with so-called paranormal abilities, lead towards a new model of understanding the Universe and the infinite possibilities that the human being has.