Alcohol Effects on Fetal Brain Development: The Case of Cynthia 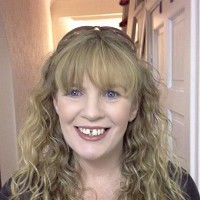 Alcohol Effects on Fetal Brain Development: The Case of Cynthia

Posted by Siobhain(vonnie) Crosbie 1655 Days Ago

Fetal alcohol syndrome is a well-known and well-described condition in both psychiatric and pediatric literature. Somewhat less known is fetal alcohol effects or FAE. While not generally causing physical many of the characteristics of FAS, FAA has often-similar cognitive and emotional impact. Cynthia is just such a child. Born of an alcohol dependent and drug-abusing mother, she spent the first year of her life with her biological mother before the state intervened and a maternal aunt adopted her. What follows is a briefcase study examining how fetal alcohol effects may impact a child many years after birth and how children suffering from these effects often cope with the knowledge that they are somehow different.