Are schoolchildren under too much pressure? The Duchess of Cambridge shares our views on children's mental health issues. 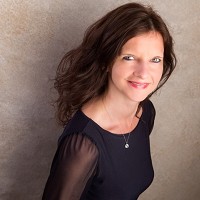 Are schoolchildren under too much pressure? The Duchess of Cambridge shares our views on children's mental health issues.

Posted by Margareta James 1973 Days Ago

Doing well at school is a worry all youngsters have to contend with – but are schoolchildren in Cambridge more stressed than we thought? It could be so, after it emerged children as young as 6 are now being treated for stress by professionals, with the pressure of taking school tests cited as one of the most common denominators.

Margareta Koter is among those trying to show children how to deal with such concerns. She says her team has seen a marked increase in the number of young people seeking their help. Founder and director of Cambridge Coaching Clinic, Margareta, 39, also works at the Harley Street Wellbeing Clinic in London but says she sees a lot more children in Cambridge.

"The age seems to be decreasing, which really worries me," she said.

"It's about not being good enough. It's usually a thinking pattern they develop and because they are under a lot of pressure they pick up pressure from school.

"The worst thing is [believing that] their entire life depends on an exam result – which we all know it doesn't."

Cambridge Coaching Clinic works with adults as well as children and with exam season on the horizon it's a busy time of year for the clinic.

But it's not just children feeling the pressure, with parents often at a loss as well and neither party really knowing how to deal with the strain, according to Margareta.

"They don't seem to know how to deal with stress," she said. "They tend to really close in, get on with stuff and seem to think it's normal but it's not.

"The first sign of warning is when someone can't eat or can't sleep properly and they get worried that something is physically wrong with them.

"Then they go on a medical journey and find out nothing is wrong with them physically but they are getting physiological symptoms [of stress]."

Girls are often also under intense scrutiny on social media, she added, with friends piling on the pressure for them to look a certain way on their profiles. The pressure extends to their male counterparts as well, with more and more young boys coming into the clinic with warning signs of eating disorders.

But why is it that children are finding it hard to cope when school tests have been around for years? It's not just about the volume, says Margareta, although this is a factor. In her eyes it's also a symptom of modern day life, in which she believes children are now "overloaded" with information, whether it is at school or with gadgets at home.

Stress in the classroom isn't limited to children however. Margareta's comments come just days after Cambridgeshire teaching staff spoke out about the strains of the profession. One 23-year-old primary school teacher said she was considering quitting just a few years into her career, while another hit out at the culture of "target setting and tick-boxing".

When it comes to testing, the team at Cambridge Coaching Clinic say it's a matter of what the exams mean to each child and how we can avoid building them into insurmountable hurdles.

"We ask them 'What does it mean for you to really do well at something?' and they will tell you it means 'Mum and Dad will be happy and I'll be able to get a good job'.

"It comes down to meaning something they didn't come up with. They won't question it at such a young age and then they really worry about things."

But hope is on the horizon – and getting out into the great outdoors is one of the best ways to tackle stress, as well as dealing with other habits such as nutrition and communication.

She said: "Cambridge is a fantastic place to do that because you have beautiful places and all these play areas by the river. So get your kids out and give them a good run around.

"This is why I love working with children – so they don't develop habits that are really difficult to tackle later on.

"It's fascinating how quickly you can make changes once you get yourself into slightly different habits and you will feel a difference."

Duchess: 'no shame in struggling with your emotions'

The Duchess of Cambridge has urged society to view children's mental health as being "every bit as important as their physical health" as she began her guest editorship of the Huffington Post UK.

Writing a blog to mark her role at the helm of the news site, she spoke about the psychological well-being of her children Prince George and Princess Charlotte, saying she and William "would not hesitate to seek help for our children if they needed it".

Kate has commissioned articles, blogs and videos from leading figures in the mental health sector to raise awareness about the psychological well-being of the nation's children.

The duchess wrote: "The mental health of our children must be seen as every bit as important as their physical health.

"For too long we have been embarrassed to admit when our children need emotional or psychiatric help, worried that the stigma associated with these problems would be detrimental to their futures."

She went on to say: "We hope to encourage George and Charlotte to speak about their feelings, and to give them the tools and sensitivity to be supportive peers to their friends as they get older.

"We know there is no shame in a young child struggling with their emotions or suffering from a mental illness."

1. Be aware of stress building up because, unmanaged, it leads to chronic stress, which is difficult to stop once it starts. It tends to build up throughout the year so make sure at the beginning of the academic year you identify potential future stressors and plan ahead.

2. Exercise. Your body needs to move to help you get rid of the build-up of stress hormones in your body. Even 20-30 minutes of exercise a day pays off and helps de-stress your body.

3. Watch your diet – avoid junk foods and too much caffeine; have a balanced diet and eat at regular intervals.

4. Picture yourself succeeding. It might sound silly but is a very powerful technique. The more you see yourself calm and relaxed and happily passing your exams, the closer you will get to it.

5. Calm your nerves by 'havening'. Stroke your forehead and cheeks (very much like when you wash your face) or stroke your upper arms for about five to 10 minutes and your brain will calm down.

6. Sleep. There are various things you can use to enhance your sleep at night. Avoid caffeinated drinks and sweets. Make sure your sleep is not disturbed by television or radio.

7. Leave the mobile phone behind whenever you can. Let your brain relax and forget about the phone every now and then.

8. Have an accountability buddy. Set your goal and share it with a close friend who is on this journey with you. Guess what this means? You’ve just signed up for peer pressure - which has been shown to help with keeping us on track. It also makes studying more fun and less lonely. When you are enjoying what you are doing, you become more motivated to do it. Great result!