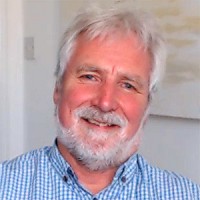 Posted by Steven Blake 2123 Days Ago

A few years ago I came to the conclusion that in a relationship "the one who loves the least has the power in that relationship". As with all my lessons in life, as a therapist, I now share them where it is relevant and appropriate.

When Jane (not her real name) seemed a little perturbed by my statement I didn’t follow it up as this was a discussion not a therapy session. At a later date whilst doing therapeutic work with her I discovered that “power” was a word she reacted to adversely. We did investigate and found a few reasons for this but none of them gave her the reaction she had to “the one who loves least” statement.

In a later conversation with Jane we arrived on the topic of a posting I had made on FaceBook that had said “Never push someone to the point they no longer care”. I noticed that same perturbed expression. I listened carefully as she described a former partner and the tricks he played to keep the power. This included regular threats of suicide and how the children would hate her if she didn’t stop him. These are the actions of a control freak and as she tried to do the right thing for him it was always to her own detriment of giving in, and worse of all being trapped into the relationship for fear of him harming himself.

Then came the “join the dots” phrase that I am always listening for as Jane said “He got me to the point I no longer cared and as he threatened yet another suicide attempt I felt totally unconcerned whether or not he did kill himself, in fact I thought GO Ahead”. I watched carefully as she said this and her face told me here was the missing link.

She knew it at the unconscious level and I now made her consciously aware of it so that she could release these old trapped feelings. “So, at that point You loved the least, You had the power, You had the power of life or death over him and you were ok with death!” I said, continuing with “So you have always been on the wrong end of power, loving the most, caring against all opposition and at the point of becoming powerful you saw a change in your attitude to a side of you that you didn’t like. This is why you see power so negatively”. I could see her making the changes as she accepted my premise.

We then discussed the idea of options and how her change was a survival mode as the only other option was to continue being bullied. Obviously I did all that was required to finalise this in her mind and put her at ease. This is very typical of how the mind works it accepts “lessons” without question and holds on them regardless of the pain it brings, because the job of the unconscious is not to question or decide it just runs the programs you installed. It requires you to find and remove them.

What are you holding on to?