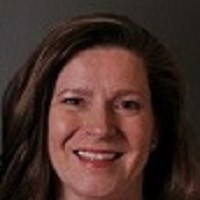 Posted by Josephine Firth 1755 Days Ago

Eczema is an inflammatory skin condition which is becoming more prevalent amongst both children and adults throughout the UK. It is often characterised by a red, itchy rash, which can be both physically uncomfortable and effect self-confidence and general well-being. Josephine Firth, a registered member of the Society of Homeopaths, looks at the condition and considers how homeopathy can offer an alternative to conventional treatment.

In the UK one in five children and one in twelve adults suffer from atopic eczema, with research showing that the incidence and lifetime prevalence of eczema continues to increase. Eczema varies in severity from a few small dry, itchy, red patches of skin to an extreme condition which can cover most of the body. Atopic eczema, the genetic pre-disposition to develop allergic reactions to substances, is the most common form. Other types include contact dermatitis, which is caused by environmental or occupational factors, and seborrhoeic eczema, which occurs mainly on the scalp and face. Although the causes of atopic eczema are still not fully understood, it is believed that family history along with environmental factors may have a role in the development of the condition. Where both parents have eczema there is an 80% incidence of children developing symptoms, (dropping to 60% if only one parent is affected) and there is often a personal or family history of hay fever or asthma. Approximately 80% of all cases occur before 5 years of age, with a high incidence of onset in the first year of life.

The word eczema comes from the Greek word "ekzein" which means "to boil". However, the symptoms of the condition, (also known as dermatitis), can vary greatly from person to person and can affect any part of the skin, including the face. The areas most commonly affected are the bends of the elbows and knees, and around the wrists and neck. In mild cases the skin may be dry, scaly, red and itchy, but in more severe cases there may be weeping, scaling, crusting and bleeding. As anyone who has suffered from eczema will know, the itching can be intolerable, and the constant scratching that follows often causes the skin to split and bleed, leaving it open to infection. In the long term this can lead to chronic changes in the skin such as skin thickening (lichenification). Although eczema isn’t contagious it can appear unsightly and children especially can feel stigmatised by their symptoms, experiencing bullying, disturbed sleep, anxiety and a loss of self-confidence, which in turn can have an unsettling effect on parents and other family members.

Atopic eczema typically has intermittent flare ups that can be triggered by a number of different factors. These include: irritants such as soaps and detergents (including shampoos, bubble baths, shower gels and washing-up liquids); skin infections, particularly with the Staphylococcus aureus bacteria; extremes of temperature and humidity; abrasive fabrics such as wool; food allergies and inhaled allergens such as house dust mites, pollens, pet dander and moulds.

There is a tendency towards gradual improvement in adult life, but in the meantime what are the available treatment options? Conventional medicine struggles to deal with the condition, and treatments are generally palliative rather than curative. These include steroid creams, antihistamines and antibiotics (where infection is found), which may help alleviate symptoms in the short-term, but can become ineffective or less well tolerated over time. There is also patient concern about the long-term effects of using strong topical corticosteroid creams, which can cause atrophy or thinning of the top layer of the skin.

But is there an alternative? A growing number of people are seeking homeopathic treatment, and there is evidence from both clinical trials and patient outcome studies showing that homeopathy can have positive results in the treatment of eczema. A recent study found that homeopathy was as effective as standard conventional treatments in the short-term and more effective in the longer term, and a six-year study at Bristol Homeopathic Hospital found that 82% of eczema patients under 16 said they felt "better" or "much better" following treatment.

Homeopathy offers a safe, natural and holistic approach to the management of the condition. Because individuals suffer symptoms in a unique way, a professional homeopath takes this into account, selecting remedies to match the individual. Homeopathic remedies are highly diluted and made from naturally occurring substances that have not been modified or synthesised, consequently they are safe to use, even for new-born babies, and are free from the toxic side effects often experienced when using conventional medicines. Homeopathic remedies gently stimulate the body’s natural healing capacity, encouraging the body to heal itself.

Saturday appointments are available and home visits can be made upon arrangement. If you have private health insurance you may be able to claim back the costs for your visits - please... [read more]