Exploring the Fear of Flying 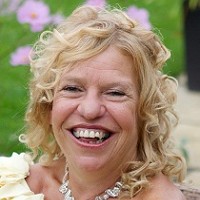 Exploring the Fear of Flying

What is it about flying that causes so many people to develop a fear of it?

From my research I was able to find that it falls into just two categories. Rather than fears of height, terrorism, water, crashing, panic attacks, agoraphobia, or claustrophobia, when you go down to what it is about that fear, then there are just two groups.

The other group have a fear based on a loss of internal control. This encompasses people who have agoraphobia and panic attacks. People who suffer panic attacks think, 'what if I get more and more panicky and I can’t control myself' and then they worry about the consequences of that. What if they become hysterical or embarrass themselves?

For the person with claustrophobia, they may be afraid that when they get panicky about being in that enclosed space, they’ll just 'lose it' and maybe even try to open the door of the plane.

So the two groups, although different, are both about a loss of control – one internal and one external. What you find is that most people fall into one or the other category but there's about 20 per cent of people who have a fear from both categories.

Are there many common triggers that bring on the fear?

There are nearly as many theories on where the fear of flying comes from as there are psychologists who have looked at the subject. Based on my clinical findings, there are a number of different ways that the problem can be triggered.

One is following a separation or bereavement. A person is more likely to experience panic attacks after such an event and if you have a panic attack on a plane, it can feel like you're going to die and you don't know what's happening. The situation where you can't get away from the awful feelings is so unpleasant that you'll be scared about being in that situation again and when you get back on a plane and start to feel anxious then you think, 'oh no, here come the feelings again'. So it can become self-maintaining.

Another common experience I've found that can be the start of a fear of flying is after the birth of a first child, when suddenly your own life, which was important anyway, suddenly becomes extra important because you've got this little person who is depending on you so it's really important that you don't expose yourself or your infant to any avoidable risk.

People also often say that the fear of flying creeps up on them as they get older. I’ve come up with my own personal understanding of this based on patients that I have seen, but I think it makes perfect sense. When you're young and in your teens, we human beings have an illusion that death is something that happens to old people so you often find teenagers taking all sorts of risks. The kind of risks that in later years they wouldn't dream of taking because when they're young a lot of people feel invincible because they 'know' that death doesn't happen to young people, death happens to old people. Then what happens is as you get older, every day is a day closer to whenever that end is and I think, quite understandably, as we get older, we want to put off that end as long as possible and the fear of flying develops because you're trying to do anything you can do to put off reaching the end of your life.

What about when there’s a disaster on a plane? Does that affect the likelihood of people developing a fear of flying?

What I've found in terms of people seeking help is that while you might think that there would be more people scared and thus approaching psychologists for help, if anything the number of people seeking help tends to go down after a disaster. The way that I make sense of this is that I don't think that a disaster on its own will cause a fear but for anybody who already has a fear and is thinking of getting help, the disaster tells them that it is a very bad idea to get over the fear, look what could happen if you get on a plane.

However there is some evidence that if a flight you were on, or a flight you nearly took, was involved in some kind of disaster, for some people that can be where the problem begins. Although there are two ways that people can look at such situations: if two people are on a plane that is involved in some kind of incident, both are fine but it wasn't looking good for a while. One might walk away thinking, "That was so close, I think God or whoever is trying to tell me something, it's probably a good idea to stay well away from aeroplanes." However, the other walks off the plane thinking, "Wow, that was really close. I think God's trying to tell me that he's looking after me so I can get on with the rest of my life because it was so close and here I am." That's the beauty of how the human mind works.

Elaine Iljon Foreman BA (Hons), M.Sc., AFBPsS, is a Consultant Chartered ClinicalPsychologist specialising in the treatment of fear of flying and other anxiety related problems.

As a fully trained Chartered Clinical Psychologist specialising in the treatment of fear of flying and other anxiety related problems, I have developed a specialised treatment programme... [read more]