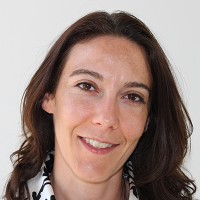 Posted by Diane Oxborough 1156 Days Ago

Mac was in his early 40’s and had suffered from severe hay fever since being a child.  For 5 months every year he had a relentless allergic reaction to grass seed and pollen.  His eyes would stream and be very sore and itchy, he would have a blocked or runny nose, an itchy throat and ears, and often be coughing and sneezing.  Throughout Spring and Summer he would generally feel unwell and it took a lot of energy to get on with day-to-day life.  He noticed his symptoms were always most intense when he went home to Poland.

Mac had taken antihistamines on a daily basis for years.  He didn’t like taking them.  They never fully alleviated his symptoms and, sometimes, seemed to have no effect at all.  He had thought antihistamines were the only option and that hay fever was something he just had to live with.

We began Mac’s session discussing the presenting symptoms and the history of the issue.  I explained how the Hay Fever is simply the immune system being over zealous - Like a guard dog that goes crazy whenever anyone comes near the house.  Instead of just guarding against strangers and undesirable people entering, the dog is on high alert barking like mad even when friends approach the house.  I explained that using hypnotherapy it's possible to reset or update the response, and what he could expect to feel and experience during the process.  We went on to do approximately 1 hour of hypnotherapy and also used NLP techniques within the hypnotherapy process.  Mac thoroughly enjoyed the deeply relaxing experience of hypnosis.

I bumped into him six weeks later.  He said, “Look at my eyes!”  He was so happy to be free of any old signs or symptoms. He told me his hay fever had disappeared (which is why I hadn’t heard from or seen him!)   Over those weeks the weather had been hot and dry, and the pollen count had been very high.  He had been back to Poland for a week and his success was confirmed.  By July Mac reported he was totally clear and symptom-free since March.

Two years on, this is what he has to say: "I was suffering from hay fever for most of my life. After trying many different types of therapies I finally gave up thinking I'm going to have to manage my allergy using tablets'. Diane suggested using hypnosis, which was a bit of a surprise to me. Having nothing to lose I agreed and went for the therapy. It’s been two years now and being free from hay fever is the best feeling I’ve felt in a long while. It took only one session with Diane and years of suffering has ended. I’m forever grateful."

An hour of hypnotherapy really can work wonders!