How does counselling work? 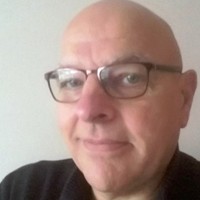 How does counselling work?

Posted by Paul Hayward 964 Days Ago

The subject of this case study, referred to as “Bear” (not his real name) was referred to me by his GP as she felt that his ‘negative thinking’ was interfering with his life and care of his children.

We drew up a contract so that we would both be aware of confidentiality and its limits and the procedure I would follow should I feel that I would need to inform someone of anything that occurred in the session so he could make an informed decision if he wanted to proceed. Counselling is not, I feel, a process to be entered upon without some idea of what could be involved in it. I believe that this contract setting set the ‘tone’ for our work as I listened to his point of view in discussing his fears about various concerns without judging him.

In the early sessions, Bear often expressed his anger, at times rage, standing to his full height and waving his fists towards the Heavens. I gave him the space to vent his anger, frustration, fury and accepted it. In doing this, I feel our relationship embodied Carl Rogers ‘Core conditions’ “realness,” “acceptance” and “empathic understanding”. (1980, pages 115-6)  This continued for much of our first eight sessions together.

I could understand, at this point, what the GP had described; this did appear to be a negative view of life and, at times, I wanted to say something or do something so that he could see that there is some good in life. I think, for the most part, I avoided this. Looking back, I can see my urge to ‘heal’ or ‘fix’, even be ‘useful’, my desire to enter into a game with him, a game we may both have lost. Not in the end, but in most moments, my respect for his integrity prevailed over this need of mine.

I feel that one of the most dramatic ‘turning points’ in our work together came in session 10. After about 30 minutes of the session, I made a remark to the effect that his anger was apparent. When he said he was not going to apologise for it, I told him that I would not ask him to. After about another 15 minutes, I said something like “This is a place where you can be yourself.” I saw his facial expression change and then he stood up and ran out of the room, his hair, long coat and beard trailing along behind him.

He did come back. I wonder, in doing so, to what extent he ‘rescued’ me?  I am aware of the effects a client and their actions can have on me as well as the other way around. In the next session, we looked at how he felt that he did not want to feel safe because if he felt safe he knew he would not be safe. He was ‘stuck’ in a bind of his own making, but a ‘bind’ he felt had served him to this point in his life.

We had discussed his spiritual beliefs before, and I ventured a story related in a translation I had read of the “Tibetan Book of the Dead” about how a King had constructed the perfect sanctuary, but that this was also his prison- he was only safe if he never left it.

“In Japan, free time and space- what we call pauses- are perceived as ma, the valid interval or meaningful pause. Such perception is basic to all experience and specifically to what constitutes creativity and freedom.”

Here, I believe my chief contribution to the process was acting as a ‘catalyst’ for change (Perls, 1977, page 40) or perhaps, as a creator for the potential for change, in standing out of the way and allowing a ‘ma’ to form for my client.

During this passage of the session I was silent; an active, interested, participating silence with perhaps the expectation of something to come but with no definite idea or intention as to what that thing would be. I waited in acceptance. Of him and of what was to come next, living in the moment.

I asked him to think then about the possible consequences for change, the pain and difficulty he could be opening himself up to. As I noted at the beginning, counselling in general and any change in particular are not to be entered into lightly. He said, “Lay on, MacDuff!” as he stood up and offered me his hand to shake. We smiled as we shook hands. He left, with what I thought was a thoughtful air.

In the next session, he decided he wanted to explore ‘loss’ in his life, which I acknowledged to him was both brave and powerful. After we had completed a ‘spider diagram’ of his account of loss in his life, I shared with him that this seemed like a lot to me. He replied, “Now you’re in my world.” Here, as in other sessions, I was embodying rather than thinking about the ‘core conditions’ as a ‘technique’; I accepted him and his life as a human. I have found in my work to date that moments of ‘being real’, of ‘sharing’ feel more potent than any other interventions I could have made, no matter how creative. Here some words of Eric Fromm (1979, page 91) seem appropriate to me:

“Only in the process of mutual alive relatedness can the other and I overcome the barrier of separateness, inasmuch as we both participate in the dance of life”.

I, perhaps we, found a stumbling block in our path, a misstep in our dance that gave us the opportunity to try something else.  I have lived much of my life in and of language, finding words, le mot juste, that was what I did. I have found there are limits to this approach but, with ‘good will’ from the client this was surmountable.

In the next session, finding no words for his pain, he drew a picture. The importance of ‘naming’ the pain was mine, that of expressing it seemed to be his. We went with his. He drew 7/8 of the page in black with 2 ‘blobs’ in a jagged semi-circle at the bottom, the blobs and the white seeming to me to be crushed by the weight of the black. I asked him if there was anything he would like to say. He shook his head and, after a few minutes of silence, he stood up, gave a long sigh said, “Thank you,” and left.

I think here of Michael White’s idea of ‘witnessing’; acknowledging the Other’s struggle and pain and in doing so acknowledging their ‘right’ to it without trying to take it from him. As Tom Andersen once said, “You may borrow my eyes, but you may not take them from me.” This was his pain, his life, his loss and he took them home with him, just as he took them everywhere. I stayed in the room and, after a few minutes, started to prepare myself for my next client, leaving him behind just as he had left me.

In the next session, he drew another picture. This time, we discussed it a little. The words gave names for some feelings, but at times I felt like they ‘got in the way’, clumsy approximations, shadows without substance.

In the following session, he brought in some pictures he had done at home. At no time did I attempt to overtly ‘interpret’ them, but accepted them and him as what they were, or perhaps only as how I saw them. Mostly, we sat in silence and just looked. Or, to put it more accurately, we just ‘were’ together. In supervision, I shared my feeling that it felt as if I was doing nothing except giving him a chance to be himself. Where were all the techniques, the theories, the beautiful creative interventions? She asked me to listen to what I had just said. Then I realised the gift we had shared. I realised what I had done by Not-Doing, achieved by not achieving, co-created through Being not Doing.

Session 21 was our last. A man came into this session; clean-shaven, neatly styled hair in a shirt and trousers. As he walked in and shook my hand I smiled and said something like, “Pleased to meet you,” he smiled and said, “It is different, isn’t it? The missus reckons it’s taken years off.” We explored some differences, not merely physical, and how he felt the world could now see’ the real me’ and not just the ‘scared face’ he had before. We have started to look at how the world can now know him and how he knows the world.

Perhaps, in Nietzsche’s terms, he is now the artist and no longer the work of art. He is now free to create, not merely have life act upon him. As he remarked to me in our last session, I had apparently suggested to him in a former session that being non-conformist was conforming to non-conformity. I had and have no memory of this, but it seemed important to him at that time. This, once again, reminded me of Yalom’s idea (1974) that the techniques matter far less to the client than the relationship. In ‘knowing’ the client, I ‘know’ better what they may be able to use.

This appears to me to be the orientation he was choosing for himself, trading the uncertainty of freedom for the certainty of a prison. This is the journey he was now willing to undertake. In counselling him, in accepting who he was, it is a journey he did not have to start alone.