How fear can turn into panic 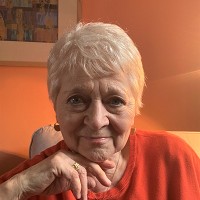 How fear can turn into panic

Posted by Niki Cassar 2190 Days Ago

Occasional anxiety or panic attacks are experienced by one in ten people.  For some people, these can become increasingly regular. The unpleasant symptoms of these attacks cause anxiety about when the next one might occur, which in turn can lead to further attacks. The increasing regularity of attacks causes the sufferer to avoid situations where cause severe embarrassment for themselves.  For example, travelling on public transport or social gatherings.  Over time, these avoidance tactics become increasingly restrictive, to the point where some people are frightened to leave the safety of their home.

What exactly is a panic attack?

Panic attacks occur is when your body experiences a sudden rush of intense physical and psychological symptoms, caused by the production of the adrenalin hormone.  This is a very important hormone produced by the body in times of perceived danger (such as being physically attacked) in order to prepare it and protect us.  This is also known as the ‘fight or flight’ state. However, when adrenalin is produced and then not ‘used up’ because the triggering event is stressful or traumatic, but there is no need to fight or flee, some very unpleasant symptoms are experienced, which can closely mimic the onset of a heart attack, and many people call 999 or go to A&E to be checked out. Panic attacks, although frightening and intense, are not dangerous, and will not cause any physical damage.

The symptoms and side effects of panic attacks

Typical symptoms might be an overwhelming feeling of fear, coupled with trembling, sweating, shortness of breath, chest pains, heart palpitations, stomach cramps or diarrhoea. The attack will typically last for just a few minutes, but may seem like hours.  Once the symptoms fade, the sufferer is left feeling exhausted and depressed.

Why do panic attacks occur?

From a very early age, beginning in utero, our subconscious mind stores information in a similar way to computers, in ‘files and folders’ related to emotions, both negative and positive. Over a period of time, some of the folders containing negative emotions become over-full, because of stressful experiences.  This is known as the rain barrel effect.  Imagine a rain barrel that is constantly being filled with water, without the little tap on the side being opened to let some run out.  Eventually, the water will overflow down the sides of the rain barrel.

The consequences of too much fear

When the ‘fear folders’ become too full, it’s like an accident waiting to happen.  The next event that the subconscious mind perceives, often mistakenly, to be a life-threatening situation, causes the subconscious to transmit a high level of fear to the unconscious mind, which then creates the feeling of fear within the physical body.  Hey presto!  The first panic attack occurs.

An experienced Hypnotherapist can help you to access the fear folders stored within the subconscious mind, and the contents can then be explored, understood and neutralised, thereby cancelling the programme that has been running on a loop system, often for many years. With each session of hypnotherapy, the symptoms decrease, and are replaced with new feelings of peace and calm.  Confidence is restored, and life begins to return to normal. After just a few weeks, panic attacks become just a distant memory.