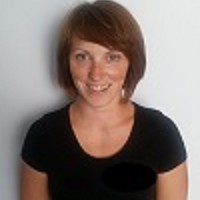 Posted by Christie Rourke 2195 Days Ago

I went on the Be Activated level one course back in November 2012. I cannot even begin to explain how it changed my life for the better. My personal life, my realisations and life lessons, as well as the way I approach my business (which at the time I was just opening my own clinic for the first time) and how I treat patients and friends and family. I hadn't realised quite how unhappy I was with how I was feeling, physically and emotionally.

If you had asked me at the time what my fitness levels were I would have sworn blind I was strong and fit and healthy. I even “flew under the radar” with Doug and his assistant on the first day as someone who definitely would not have been deemed a zero! So, I had learnt to “cheat” very well. So well that even the master didn't notice at first. I was not only deceiving everyone around me, showing the world I was great, and fine, and fantastic and fit and strong emotionally and physically, but I was also believing it myself. It really was what I didn't know I didn't know!

Whilst learning the first of the activation techniques my partner had tested me to see what my cheat pattern was. I assumed I'd have one and always suffered tight quads and calves with chronic low back pain, so I guess I thought I might be a 233 or 333 leg....well, myself and my best friend who was testing me were baffled when we got to zero. I had nothing!

We called Doug over to check. He did so whilst the rest of the class continued practising. He asked me a few questions and poked me in my calves, the muscular area between my thumb and first finger and many other points all of which made me squirm, scream and cry. He did what I can still only describe as his magic, and activated/disrupted and reset my whole system. I was crying and couldn't stand anything and remember saying and feeling like I couldn't breathe and he sternly told me I could and to try. I found my breath and he quickly jumped me up off the couch in my blubbering state and walked me (supported) round the room and then let me stand still. I felt at that moment a shift in my being. My back was pain free, I felt tall and relaxed all at once. Still emotional but calm, maybe even quietness. It was a much need disruption and one that led me to finding myself more and more and taking level two the following May because, well, why wouldn't I?

Doug's words as I left the first course at the end of the second day were “you need to stop hiding”. This sent me into floods of tears again and I realised he was right, he knew what I didn't and I needed to figure that out.

On the level two, I remember being in a funny place personally as my best friend had just got married and on that wedding week away I had realised I wasn't happy in my relationship. The level two was a couple weeks after the wedding and I was definitely pre occupied with ending things, but being certain that is what I wanted. Doug has an amazing way of empowering you and inspiring you. Not only through the way he delivers the courses and teaches, and what he is teaching, but in his own person stories and experiences. By the end of that same month after the level two course I had finished at 5.5 year relationship for the third time but felt at peace.

I returned to the level two because I felt I still hadn't grasped what my own body was doing and was struggling with zeros when they presented to me as I didn't feel strong enough to inflict pain on others, even though I was so enthusiastic about Be Activated and always told people of my own amazing transformation and belief in the system. As I knew I was distracted on the first level two course I hoped to fill in the gaps again and felt in need of some more Doug inspiration for working with my patients.

Two students who were on my previous level two just 5 months before told me that they thought I looked much happier in myself. They both came up to me on separate occasions in different conversations and dropped that in. It was amazing that they saw that difference in me and I began to trust that it must be true.

I feel I have had many successes using Be Activated and I vowed after that second level two to use it with every patient I saw. There may be a few who don't accept it or want or let it happen and I'm ok with that. But the ones who embrace it are amazed and it works so well. A couple of my favourites I will tell you about.

Shakin' Steven - The new man in my life....someone I do deserve and who treats me the way I want and need and I don't have to “hide” any of my feelings from....I tried this on him. (unlike the ex who thought anything and everything I did was a load of rubbish and wasn't a “real thing” and that because I chose to attend very different CPD courses to expand my knowledge base, that I was just “jumping from one thing to another” - very unsupportive!)

Anyway, the new man! He had a fear of heights and as a painter/decorator who has to climb and work up ladders this isn't ideal. I did the visual field work on him and very quickly found his points. When he next had to climb scaffolding and work on ladders...he was no longer dubbed Shakin' Steven as his colleagues had been calling him. He said he actually felt comfortable and didn't have the uncertain feeling and shaky legs he would have had previously. We were walking over a river and the bridge was high with a small gap below where you could see the water (water is another lesser fear of his) just underneath. Even then he remarked how comfortable he was standing there when normally he would have been freaking out at being over water at a height.

I love how Doug's Be Activated isn't just about the body, it is about the mind (another amazing Doug phrase; What is in the mind is in the body and what is in the body is in the mind) I love that I can sense people's needs, be it purely or a mixture of emotional, physical, or psychological and help them with overcoming their blocks in life. A power given to me by this incredible, insightful genius.

Agnes' Achilles heel -This one still continues to be a tough one for me. We have gotten so far in maybe 6 sessions. She is the most lovely but deep down stubborn lady, and I see a lot of myself in her. I have to fight the urge to want to fix her and do it all for her, because as therapists we can only give the tools to others. I believe she wants to be fixed and find out why it is on her right posterior calf point she turns into someone angry and hostile. The total opposite of her beautiful character, I cannot imagine her saying boo to a goose in her normal state. I can barely go near the point on her back without causing a massive reaction and have had a couple of emotional moments from her, which she agrees have helped, however, we are yet to discover her right lower visual field issue and why she is so against letting go. I have had the discussion with her, that she may never know what it is she is holding on to there but we can still clear it and therefore help her emotionally and with her right Achilles pain that she originally presented with. It literally is her Achilles heel, but I am confident one day she will let go of that, when she is ready. I know from my own experience you have to be ready to say goodbye to that part of your life and maybe she isn't yet.

Frozen Shoulder – A lady presented just the other week with a “frozen shoulder” unable due to pain and stiffness to raise her arm above 50/60 degrees in flexion and abduction. Her rotation was also poor. I did some activation work and worked on the ribs (all fairly gently without causing too much pain either as I didn't think she'd appreciate a full on assault). At the end she could move her arm to 180 degrees in both planes and when she returned to the clinic last night she was flinging her arms around and said the day after the first session she was painting doors at work. It was actually what prompted me to write my story. She was so pleased and the improvement was so remarkable, just another success of simple techniques that really do work.

Doug, you are a Jedi Master of the mind and body...The Guru! You changed my life so that now I can help others change theirs too. I use muscle activation every day on my patients and on myself. It is empowering and archives instant change for the body to improve function and performance. Now, who doesn't need that in their lives!?