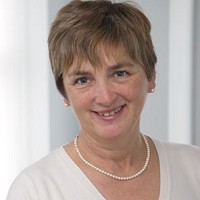 Posted by Lindsay Allison 1609 Days Ago

Well, there's nothing wrong with Placebo if it works.  However, homeopathy isn't placebo. Although analysis reveals the presence of material nanoparticles in homeopathic medicines, their impact on the life force is a bioenergetic one, not a material one. The bioenergetic strength of a remedy is not something that can be measured in quantitative terms. It is an energetic property that is gauged by the intensity, depth, and duration of effect that it has upon the living organism. As an energetic phenomenon, the mechanism of action of homeopathy is best studied by medical professionals with backgrounds in physics.

The wonderful thing about Homeopathy is that it's a system of medicine based on some very sound philosophy.  Since its inception over 200 years ago, homeopathy has been the target of almost constant antipathy from the prevailing school of orthodox medicine. Given so much organized resistance from the mainstream, one would think that if homeopathy were much ado about nothing it would not have endured. It would have withered on the vine a long time ago. And yet it has persisted. No, it thrives—all across the globe—for a number of very good reasons.

Here are but a few of my favourite homeopathic principles:-

This is true holistic treatment, the principle that illness is created by stress and the illness will eventually manifest itself physically in the person according to that individual’s susceptibility.  So a homeopath will treat the person on all levels in order that their “vital force” will come back into balance and cure itself.  They will look at all their physical symptoms focussing on the symptoms that bother them most, it may not be the physical symptom that brought them to the homeopath, it could be an emotional feeling or a depressed mental state and importantly the homeopath will look at how they cope with their illness, before deciding what remedy to give them.  For example two people suffering from the same condition will usually get a different remedy because of the way they experience their illness and their different character and personalities.  This is an important mix of mental and physical.

First do no harm – Hippocrates

Is Homeopathy safe?  Homeopathic remedies mostly come from natural ingredients, plants, minerals or animals.  They are not manufactured like a pharmaceutical drug which can be patented and sold for profit.  Drug manufacturers treat Homeopathic remedies as competition.  Hence you may find some vindictive and untrue comments from “sceptics” on the internet about Homeopathic treatment. Homeopaths believe that natural remedies are meant for natural bodies.  The remedies have nanoparticles of the original substance in them so they are very green and they work on a the principles of physics as do MRI and CAT scanners

Unlike drugs, which must often be taken on a regular basis to maintain their suppressive effects, homeopathic remedies act as bioenergetic catalysts, designed to provoke a healing response from the “vital force” in the body.  Dr. Hahnemann, a German Physician, who discovered Homeopathic medicine, attributed all genuine healing to the innate wisdom of the "vital force." Homeopathy is based upon a stimulus-response model of treatment. An effective prescription acts as a stimulus that initiates a self-healing reaction from the bioenergetic field of the human organism. Once a healing response has begun, there is no need to repeat the stimulus unless its effect begins to wear off.

When Dr Samuel Hahnemann discovered that a miniscule dose of a medicinal substance designed to mimic the symptom pattern of a sick person could paradoxically provoke a healing response in that same person, a medical revolution was set in motion. Dr. Hahnemann referred to this surprising phenomenon as the law of similars. As opposed to the conventional medical approach, which uses opposites to combat symptoms (antidepressants, anti-inflammatories, antihistamines, anticonvulsants, etc.), homeopathy represents a different approach to healing, one that uses "likes to cure likes."

The standard treatment for a bee sting or a case of poison ivy might involve the use of an antihistamine to suppress the inflammatory swelling, redness, and itching. A homeopathic practitioner, on the other hand, might recommend a highly diluted dose of a medicine made from the honeybee in the former case, and a similar dose of a medicine made from the poison ivy plant in the latter. It's a little bit like the use of anti-venoms to treat snakebites, only the doses used in homeopathy are much smaller.

The homeopathic principle of similars can be used to treat not just physical illness, but also mental and emotional issues. For example, in my own practice I have used homeopathic doses of a plant called Stramonium to successfully help people who suffer from nightmares, were afraid of the dark, and were unwilling to be alone at night. Ingesting Stramonium in its crude form can induce a type of delirium characterized by severe agitation and a tremendous state of fear. In its homeopathically diluted form, it is the antidote to similar states of fear and agitation. It can be a lifesaver for some children and for adults suffering from panic attacks

The same principle applies to stimulant drugs used to treat hyperactive children. Amphetamine analogs like Ritalin and Adderall are known to have a paradoxical calming effect on the nervous systems of children with ADHD. The difference is that while these conventional treatments involve crude and potentially toxic doses that are administered uniformly to all individuals, homeopathy tailors its treatment to each individual with doses that are far smaller and, therefore, far safer.

Could Homeopathy be the medicine of the future?  Is it here to stay?

In its heyday in the latter half of the nineteenth century, there were more than 100 homeopathic hospitals in the United States, 22 homeopathic medical schools, 700 homeopathic physicians in New York State, and thousands more across the country. Homeopathy in the U.S. experienced a decline in the early 1900s, largely due to increased regulatory pressure from orthodox medicine. The same lack of vision regarding the future of health care is not necessarily true of other countries. Today, there are well over 200,000 homeopathic practitioners in India alone. Is it possible that so many doctors and patients could be wrong about a medical therapy that they rely upon for their own personal health and well-being? I think not.

Chemical drugs have a reputation for the side effects that they can produce. As chemicals, their sphere of action and the extent to which they can influence biological systems is limited. Homeopathic remedies, on the other hand, can have a powerful and far-reaching energetic effect on the entire system. Those who insist that homeopathic medicines are placebos because there is "nothing there" make the mistake of applying a biochemical model to a bio energetic therapy. They simply do not know what they are taking about.