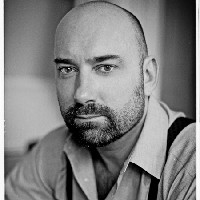 Posted by Daniel Fryer 2363 Days Ago

Pioneered and developed in the mid-1950s by a New York psychotherapist called Albert Ellis, REBT predates the more commonly practised form of CBT (developed by the psychiatrist Aaron T. Beck) by about 10 years.

Back in the humble beginnings of both, REBT was known as rational therapy (RT) and CBT was known as cognitive therapy (CT). Later, they both became two separate but similar branches of the same CBT tree.

Ellis’ REBT follows the philosophy that it’s not the things in life that disturb you, but the beliefs you hold about those things that disturbs you.

So, if you’re thinking, feeling, or acting in a way that you don’t like, but don’t seem to be able to change, REBT helps you to identify and challenge the unhealthy beliefs that you hold in the face of that event, whilst at the same time helping you to identify and re-enforce a series of much more helpful and rational beliefs. Change your beliefs and you change the way you think, feel and act.

REBT follows the ABCDE model of psychological health in which activating events (A) trigger beliefs (B) that cause consequences (C). These beliefs are challenged and disputed (D) to help promote a more effective (E) and rational way of looking at that original activating event.

Activating events can be anything: something that has happened in the past, something that is happening now, or something that might happen in the future. They can be real (Help, I’ve been fired!) or they can be imaginary (Oh no! I think I’m going to be fired!).

Consequences, meanwhile, are your thoughts, your feelings, your behaviours, your emotions and, even, your symptoms. Anxiety, for instance, comes with a whole of host of very real, very physical symptoms attached to it.

And, by that, for instance, we mean the difference between unhealthily anxious (in a stomach-churning, can’t think straight kind of way) and healthily worried (in a calm, ‘I don’t like it but I can deal with it’ kind of way).

If you would like to find a therapist that practises REBT then you’re already reading the work of one who does. But you can also find more on websites for the Association for Rational Emotive Behaviour Therapy (www.arebt.net) and the British Association for Behavioural & Cognitive Psychotherapies (www.babcp.com).