Statistics and History of Orphaned Children 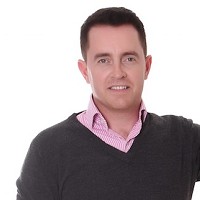 Statistics and History of Orphaned Children

Some children unfortunately do not grow up with the stability of family life with regular contact with all their families, some suffer unimaginable sadness having to come to terms with the loss or abandonment of their parents and loved ones.

Although orphanages no longer exist in the UK in the way they used to (children now tend to be fostered, adopted or placed in children’s homes) there are still orphanages elsewhere in the world and although they are not desirable at the best of times, some are far better equipped than others in both skilled care and their facilities.

I read an article recently of a lady called Betty Payne who is now in her 70’s who endured an orphan life from the tender age of 9 in St Anthony's orphanage in Feltham which was run by nuns who in them days in many cases took great pleasure in inflicting physical punishment on the children on an almost unimaginable scale. Often these inflictions were without cause.

This particular orphanage would later become better know for it’s involvement in the British Child Migrants to Australia National Scandal between l947-l967 where by ten thousand children were "expelled" to Australia and suffered even further hardship often resulting in becoming nothing more than slaves.

Betty adds, “Child migrants were cut off from any roots they had in the UK and either abused in orphanages or treated little better than slaves, working on farms or "in service" as skivvies to the families they were wrongly led to believe they would become part of. Labelled "home" boys or girls, most were shown no care or respect by those meant to care for them, who typically worked them insufferably long hours on diets of scraps and leftovers.”

It’s fair to say the UK has come a long way in the care of and treatment of children since the turn of the last century however the statistics still today of the very numbers will shock you to your core, and why is this? Can we not find a way in this day and age to reduce these numbers, why has the education of the root causes not been addressed properly yet?

In an article by JK Rowling she highlights, “The shocking truth is that the vast majority of these children have parents that could care for them. They are not orphans. Most are placed in institutions by families who are too poor to provide for them, or because of a lack of local education and health facilities, especially for children with special needs.”

A staggering 8 million, yes, 8 MILLION children worldwide are unfortunate to fall into this saddening statistic but there are other statistics out there to suggest the numbers are much higher than that.

She also adds, “Again and again, when I quote the statistics to people who are not familiar with the field – 8 million children separated from their families worldwide – they are aghast and disbelieving. “How could that happen,” they ask, “without the whole world knowing?” The answer is really quite simple: who is easier to silence than a child? Especially a child with mental or physical disabilities, who is taken away from a family that has been convinced that it is for the best, or whose only alternative is watching that child starve.”

“When I was around 7 years old, my sister (who would then have been around 11 years old) was taken into care.

She has severe special needs after she was brain damaged from birth. She also has epilepsy and started to have seizures from a young age. The seizures were quite scary to witness and those coupled with her challenging behaviour, meant that there was a lot of social worker interaction in my family.

My mum was a single parent, and it became apparent that she was no longer coping with my sister’s complex needs, so a decision was made to take her into care.

Initially she moved into a children’s home not too far from where we lived, but we didn’t have a car and the walk seemed to take a very long time when I went to visit her on the weekends, when I wasn’t at my dad’s house. A few years later, she was moved to a boarding school in North Wales as the children’s home could no longer meet her needs.

Whilst I have not lived the life of an orphan and nor has my sister, it did give me an insight into what that world would be like. I met people my age, those younger and older who had lost parents due to abandonment, death or because the parents had their own challenges in their lives and could no longer cope - sometimes because their child’s behaviour had gone out of control.

I remember thinking that when she was nearby, she was so lucky to have her family visit her so regularly. Some children didn’t have that and it must have affected them in so many ways. I found the children’s home difficult to be in though. It seemed like there was no privacy and things could become chaotic quite quickly. Though on the flip side, I’m sure that a warm building with food, care, and a structured routine was a great comfort to many of them.

When she moved to Wales we saw her much less regularly. It was reduced to once or twice a year as we relied on the social worker to drive us there. As she saw me less frequently and I was growing up fast, she eventually stopped recognising me, though luckily she has always remembered my mum.

She still recognises ‘little Gemma’ in photos, she just cannot correlate those photos to the grown up me that I am now!

Four years ago, the adult care home that she was at that time living in, was inspected and the standards were found to be too low for the place to remain open. She was moved back to Hertfordshire and now lives in a home about 2 miles away from my mum.

This has been really important for them both to have this time together in her later years, particularly as we have never really known what her life expectancy would be.

I’ve never forgotten some of the characters I met at the children’s home that we used to visit every other weekend. I often wonder whether those young people would have gone on to become stronger for their experiences, such that they were able to go on and thrive despite the rejections, or if they would have found life.”

Even though nowadays we have a fairly decent level of care for children in this country there still remain other countries that fall far short of what would be an expected or adequate level of care for orphaned children. In countries where adequate levels of sanitation have yet to be introduced, orphaned children can in many extreme cases be left to fend for themselves living in slums amongst a number of diseases, some of which can be fatal. These diseases can be anything from diarrhoea, tuberculosis, and malaria or to more serious diseases such as HIV & AIDS.

It saddens me to say but HIV & AIDS are the number one cause of orphans worldwide due to the staggering numbers of deaths it claims per year leaving many children without parents and in most cases eventually plagued with the very disease themselves. The unaffected orphaned children left can also end up with this horrific disease as many men who are infected with AIDS or HIV believe by having sex with a virgin cures it, and many orphaned girls are subject to them being preyed on and raped. Other are forced in prostitution in order to survive and many others fall into the trap of being offered food and shelter for work only to be mistreated and abused by their carer or boss.

These atrocities still happen on a large scale to this very day in some parts of the world and the numbers are not falling. Why is this? Are we not a compassionate enough race of beings to make a difference? Where is the education failing and why are we the United Nations of democracies allowing it from a leadership point of view? Could it be our world leaders are far too caught up in other issues relating to money and power to take notice of these staggering statistics?

There are many world organisations set up to help support these children but the numbers fall short to the amount of children in need on a global scale.