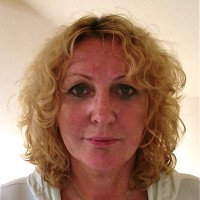 When we are trying to assess the affect of family break up on children and young people one of the things we must of course take into account is their ages.  A five year old may worry.....”Who will look after me?  How, where and how often will I see my Daddy?  Who will read me my story at bedtime?”  A teenager's concerns may seem eminently more selfish and materialistic....”Will I have to move or change schools?   Will I still get the car/university fees/spending money/school trip etc.?  Will I have to do more chores?  Will I lose friends?   Why have you done this to me?”   In many ways this self-centredness can be of value at a time of family problems.  The teenager being less invested in the home and family and more externally focussed on their own social circle and interests may find it easier to disengage from the conflict and pain at home by using their quite natural willingness to emotionally and physically distance themselves.  However, an already angry and moody teenager may use it as a weapon against anyone he or she already resents or has a grievance against, as a lever to blackmail a guilty parent and gain extra privileges, or may relish the high drama and emotionality of the situation.  Most probably a confusing and inconsistent combination of all of the above!

There are many excellent books around to help parents explain separation and divorce to small children and younger children are often more obvious in their distress.  A teenager’s moods are hard to read and they are often unwilling to talk to parents about anything and it is no discredit to the family that the young person doesn't confide in them.  Teenagers in the main will talk to anyone else on the planet before their own parents and it often feels safer and easier to take it outside the emotional minefield currently in place at home.

We, at Relate, get referrals from schools, social workers, doctors, friends, grandparents, siblings, parents and the teenager themselves.  Only the self referrals are relatively clear cut.  Sometimes  parents refer because they believe their child has the problem and isn't coping well with the family break up but often the situation  is  eased more quickly by working with the parents whose own distress and inability to more forward is the major stressor for the the teenager.  The period following a split is often so traumatic and the parent's shock and distress so great that they take their eye off the ball so to speak, as far as the kids are concerned and when they have regrouped sufficiently and are back in the game they begin to notice behaviours and attitudes in their children which seem disturbed and different.  Often “normal” teenager moodiness, back chat, emotional and physical distancing are given a greater importance and are engaged with in a way that increases the problem and parents concern.  Another question we need to ask is how soon after the break up are people concerned about their children?  Are their expectations realistic?  Often this is more about the parents understandable wish to ease their children's pain as quickly as possible and it exacerbates the stress on the child if they have to be seen to be over it before they truly have adapted and accepted the change.  There are complications if the parent feels guilty or is hoping to prove that the other parent's decision or behaviour has damaged the children.  Of course the children are angry, confused, upset, sad, worried, blaming, unsettled, and/or insecure at a high level for some time after the break-up.  Sometimes, as with the time after a bereavement, there are members of the family who are the 'copers' and the support for others.  When the supported person feels stronger the supporter has their chance to 'crash' and sometimes this delay seems to turn into a worry that the person has been suffering for too long and should “be over it by now”.

Although we know that each family is different and no two family break-ups are the same we can identify certain patterns in the way the circumstance leading to the split affect the family members.

This is often the one where, because the relationship isn't completely intolerable, the parents can sustain it and delay separation until the children are older and “more able to understand”. This one can be difficult precisely because the children didn't see it coming. There is a great sense of shock and confusion, as well as sadness, and a teen is likely to be angry at both the parents for messing up their life for no good reason.  They may label the parents selfish and revel in behaviours that are most likely to worry and distress them in order to show this disappointment and resentment.  There may be more sadness shown by the kids than the parents who have had a longer time to resign themselves to the inevitable and accept it.  There is no 'side' to be taken, no bad guy to blame, although they may take it out on the parent they feel most secure with.  There may be still vestiges of the younger child's strategy – If I cause a lot of trouble they will have to get together to deal with me OR they may realise the effect this is having on me and put it right by getting back together.  Hopefully the parents are still working together amicably as parents and the family structure whilst changed is still supportive and offers some security.  The outcomes in this situation are generally positive if family, friends or professionals offer what the teen needs to move them forward to accepting the situation and refocusing on their own lives and futures

If the parents relationship was made up of a lot of arguments, fights, even violence and the strain on the family members had become intense there are obviously more mixed feelings.  Relief and an initial euphoria can mask the underlying feelings which emerge later and are often confusing for the young person.  They are glad Parent A is gone and feel Parent B did the right thing by initiating the separation so why the anger, sadness and regret?  There can seem to be a clear distinction between good parent and bad parent but again time can blur this distinction or solidify it.  Anger which may belong to the bad parent but cannot be expressed directly because of separation or fear, can be misplaced onto the other, complicating and confounding the confusion and distress.  The child is almost always drawn into taking sides, often seemingly quite willingly.  They have witnessed and assessed each parent's position for themselves and their growing maturity means they will have their own opinions and judgements on the rights and wrongs of it.

The teenager’s life outside the home may offer the escape they need but a more sensitive teen can feel guilty if they feel they are leaving a distressed, victimised, vulnerable parent to cope alone and may feel torn between home and friends, not quite happy in either place and beginning to disengage from both.  This is the teen we need to be more concerned about!  The selfish teenager who seems not to care  and is going about their life as usual may indeed be feeling the same loss, worry, sadness and anger but are possibly able to use their social structure to distract and protect themselves from being overwhelmed.

A Relationship Ending Because of an Affair

This has the potential to be the most destructive in terms of ongoing relationships.  The blame, resentment, anger, hurt and abandonment felt by every member of the family will be enormous.  Woe betide the family who try to keep this a secret and are found out!  Should a teen hear from someone else that “Mum or Dad has been seen with....” or “My Mum says your Dad/Mum has been having it off with ? for ages” their fury will be GREAT and all involved will be considered a fair target!  This separation gives the most opportunity for embarrassment, humiliation, gossip and scandal – everything a teen loves if it is happening to someone else but cannot abide being the centre of.  Both parents, “guilty” and “innocent” will be blamed if they allow this to happen.

Because the parents own hurt will also be greatest if they have been rejected and abandoned for another this puts the greatest strain on the children who have to deal with it.  The fall out contaminates every moment at home.  The atmosphere appears deadly and the mood of the abandoned parent is unpredictable.  Should the teen be around it and are trying to support a grieving parent  they are carrying a great weight and it will be apparent to all.  They will have difficulty concentrating at school, will have less to say to their friends, will not be as able to join in fun activities and teenage banter in the same way and will begin to slip away from their normal teenage life.  However, it they choose instead to also abandon the “sad” parent and “save” themselves they will be guilty, angry and conflicted, feelings which may be eased by self destructive behaviours such as alcohol, drugs and anti-social acting out.  If the abandoned parent becomes emotionally stuck in sadness it may feel that the family will never be happy again.

And what of the unfaithful parent, can they ever be forgiven?  A beloved parent may be cut some slack and there may be some curiosity about the new partner but allegiances and loyalties may be very tested if the abandoned parent does not feel righteously supported or the new partner is introduced too early.  Depending on their allegiances the young person may state their intention to never accept the new partner and a parent should never underestimate their determination!

It is true that teenage boys and girls are going through different experiences and have different needs and way of expressing themselves and they may respond very differently to parental difficulties.  However some of the the signs that they are not coping can be similar and may need checking out.  The biggest concern will be when a teenage is disengaging from their friends or being rejected by them.  Other children can be cruel and can sense when another is wounded and vulnerable, this often being the time when bullying and cruel teasing emerge or worsen.  The teenagers main source of self esteem, confidence, support and close attachments are now found outside of the home and losing this element is a real problem to them.. Any teen who used to be successful at school, popular and outgoing and is no longer so probably needs help.  Moodiness is normal, being irritable, uncommunicative, idle, uncooperative, difficult, distant can all be normal.  Being detached from all previously valued human contact is not, being completely and permanently unmotivated and lacking in energy or enthusiasm is not.  Excessive amounts of time spent alone or in the company of other depressed or self destructive teens, in reality or on line, should be a cause for seeking help.  Should a parent recognise these symptoms in their child they should ask, offer the chance to talk (don't take it too personally if this is rejected. offer other people who may be talked to instead).  Talk to others who are close to your child including other family members and friends or ex-friends to get their perspective on what has changed and what may be needed, and seek advice from professionals if necessary.  If your child absolutely refuses to accept help, and even if they do, consider getting it for yourself, often the biggest factor in how quickly the family can recover from separation or any other major change is strong, positive leadership from a parent who is coping well and has the emotional energy to support others through it.