The harm in making judgements 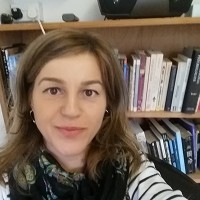 The harm in making judgements

Posted by Veronica Grigore 2472 Days Ago

It has become common knowledge that being judged and labelled is harmful. Schools have recognised this as being an issue and have developed a no tolerance approach to bullying or any other forms of judgements or labels. We are less aware of the impact that labels and judgements have on the person that actually makes the judgement. These notes are concerned with such harm and suggest ways of enhancing our approach to judgements rather than fall into their trap. We all make judgements. Judgements and labels have the purpose of assisting us in making sense of the world in the context of complex data. It is somewhat easier to process black and white rather than shades of gray. Categorical labelling is a tool that we use to resolve the impossible complexity of the world. It is adaptative and miraculous, but also dangerous and contributes to the deepest problems.

Painting the world in black or white colour of judgement (‘rubbish’ or ‘great’, ‘good’ or ‘bad’, ‘idiot’) not only that will lead to experiencing negative feelings (anger, frustration, annoyance), but will deny opportunities in life. Being judgemental will engage us in a reductionist view of the world. Just because of we have an opinion, it does not mean that our view is a true reflection of the reality.

The most present form of judgement is a first impression, a quick appraisal based on physical appearance, status and language. We often get inspired by quotes such as 'Do not judge a book by its cover', inviting us to see beyond the first impression, inviting us to acknowledge the impression and treat it as a view/a matter of opinion that is subject to challenging and questioning (like any other opinions expressed in a court of law) and pursue reading the book despite it.

The CBT literature argues that labelling is a cognitive error, an unhelpful thinking style alongside mindreading, predicting the future, catastrophising. It limits, it narrows down the options to one: the label. It becomes impossible to see beyond the label attached to a person, an object, a situation. It blinds us from seeing other views. We know that its role is to help us make sense of a complex world, and that our brain needs categories to process information. But by doing this, what are blinding ourselves from other perspectives, which not only that can be valid, but also more helpful.

A cognitive appraisal (a view) will lead to experiencing feelings and they in turn motivate us to behave in a certain way. The beauty of our feelings is that there aren't finite options of responses. If I am annoyed with someone who I judge as an idiot I will deny myself opportunities to have interactions with that person (interaction that could potentially discount my judgement). If we allow them to, our opinions will change constantly; they are fluid rather than static entities. The most harmful feature of a judgement is its rigidity (known as rigid or fixed views/thoughts). And with that, there is a risk of treating our views as facts rather than opinions.

Mindfulness practice encourages treating our thoughts (including labels and judgements) as transitory events, opinions and fostering awareness when making judgements (known as becoming ‘an observer’ rather than ‘the thinker’).

The ultimate antidote of judgements is curiosity, applied to ‘the mind of a child’ who is keen on finding out, discovering and researching. Another helpful approach to becoming less judgemental is curiosity ‘in the mind of a researcher’ who is advancing hypothesis and puts the theory to test (try to find out more). When we judge, we show lack of understanding, compassion and support. It is hypothesised that people who are judgemental would have experienced lack of nurture, compassion and understanding from a primary carer or significant others (peers) in their childhood. Another harmful feature of being judgemental is the relational difficulties. Having fixed views is experienced by others as being harsh. We do not get to take notice of how others experience us, but it is an important feedback in helping us make changes.

If a behaviour (making judgements) persists, it is safe to assume that we view it as helpful, beneficial in some kind of way; its serves a purpose, a function. Having strong views may mean being clever, independent (qualities that we aspire to), may mean that we try to avoid being spineless, ignorant (features that we disapprove). For many, judgements will serve the purpose of feeling better about ourselves. And as we have a relationship with others, we also have a relationship with ourselves and the treatment that others receive from us will be directed towards ourselves. We are running the risks of being at the mercy of our judgements. Self judgements are likely to be present and the outcome of this is disapproval and rejection. Our relationship with a judged other (including ourselves) is compromised.

The moral of these notes is that judgements to describe a situation, a place, a person is damaging to us because it limits the opportunities and narrows down options. 'The voyage of discovery lies not in finding new landscapes, but in having new eyes' Marcel Proust.