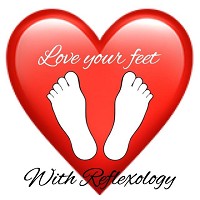 Posted by Linda Treadwell 1920 Days Ago

Reflexology is not a new therapy it goes back thousands of years to the Ancient Egyptians, it was introduced into Great Britain in the early 1900's by William Fitzgerald a medical practitioner. His theory was that if one area had pressure applied to it then another part of the body had an effect which he practised in his work. Eunice Ingham an American Physical Therapist spent hours probing people's feet and equating them to the anatomy of the body and she devised charts that are still in use today. In 1938 she published a book 'Stories the feet can tell.'

Reflexology is a holistic therapy, it treats the whole body - mind, body and spirit. If a symptom is just treated after a while the problem will re emerge. By treating the whole body, the client's issues will be identified and Reflexology will give a sense of well being.

There are thousands of nerve endings that terminate in the feet and our feet mirror the body, all our systems have a reflex point:

The feet mirror the body:

Reflexology can be applied to the face, hands and ears as well as the feet. A credible Reflexologist has undergone a year's course which includes written assignments, practical assessments, a theory exam, a practical exam and a number of case studies, these all have to be passed before the person can qualify. After qualification the practitioner belongs to a professional organisation.

There are numerous study days and workshops for the practitioner to update their skills and to add extra tools to their toolbox, some of these may be:

She/he is required by their organisation to complete 20 CPD points each year and this ensures the Reflexologist is keeping up to date. There are other ways to earn points: reading journals/research, attending holistic shows, giving taster sessions etc.

I am training in Reflexology Lymph Drainage in September 2015, this is a fantastic new technique devised by Sally Kay. This is used on clients with Lymphoedema, they have had their lymph nodes removed due to breast cancer. This technique can also be used on different conditions; it is all about treating the lymphatic system.

Many therapists volunteer to work in hospices treating people with cancer making their lives more bearable, helping them to live better.

Some people are naturally sceptical, how can treating the feet help the body, which is a sensible question and one often asked. There is numerous research available on the internet, put Reflexology research into Google and numerous articles can be reviewed by anyone.

A Reflexologist comes across many conditions during their practice and over the years I have treated many clients, I have treated a number of pregnant women hoping to go into labour after a session, although there are no guarantees. There are certain reflex points that can be stimulated and if the body is ready to go into labour then Reflexology will kick start the body. Out of all the women I have treated many have started soon after their treatment which is so satisfying. One lady comes to mind, she phoned me on the off chance that I had a vacant appointment which I had. This lady was very near her due date, I did all the reflex points for stimulating labour and lots of relaxation. Her midwife contacted me two days later with a huge thank you as she had had a beautiful home delivery, this is so gratifying and I was absolutely thrilled. I try to keep tabs of people I treat by texting them the next day to see how they are but sometimes do not receive a reply. This lady did say she had started contracting but to receive thanks from her midwife is wonderful.

Another pregnant lady contacted me, she was six weeks pregnant and had started with lots of nausea and vomiting, her last pregnancy had been rough the whole way through. She had heard Reflexology could help. I did a full treatment with special techniques for this condition her sickness improved dramatically and she could start to enjoy her pregnancy, I did not hear from her again.

Sometimes it is just the sheer relaxation that can have a profound effect. Research shows that if a woman has regular treatments during her pregnancy their labours are of shorter duration:

Labour duration and outcome.Pregnant women were offered free reflexology sessions while pregnant. Of those who received reflexology the 20 - 25 year olds had an average time of first stage labour of 5 or 6 hours. The 26 - 30 year olds seemed to have the longest labours, whereas the 30 to 40 year olds, who included many first time mothers, had labour times of 2 to 3 hours.Overall, the average first stage of labour was 5 hours, compared to the textbook average of 16 to 24 hours.The second stage of labour lasted 16 minutes, compared to the textbook average of 1 to 2 hours, and the third stage of labour averaged 7 minutes.Only 5.4% of the women who had reflexology treatments required emergency caesarian section compared to an average of 13% in Newham district where the study was conducted.Dr. Gowri Motha and Dr. Jane McGrath, Forest Gate, London

I treated a lovely lady a few years ago who has since passed. I knew her daughter as a work colleague and she approached me to treat her. This lady had lung problems especially the right one, she had stopped smoking because of it although she had smoked very heavily over the years. I concentrated on the affected lung. She came to me every three weeks and was always ready for her session. After eighteen months she had an appointment at the hospital to see a specialist and she was diagnosed with lung cancer. She started chemotherapy and deteriorated rapidly and died. Her daughter said to me that I had kept her going for the time I treated her. Who knows if she had not had the chemotherapy what would have happened. I felt very humbled by her words and to me this is The Power of Reflexology.

A gentleman contacted me last year and to start with I thought it was a crank caller, this person could not speak very well, stuttering the whole time. Eventually he calmed down, he had had my number for three weeks before he called me. A very anxious man, since coming to me which is every three weeks but at the beginning it was every two weeks, he is alot calmer and he thoroughly enjoys the treatments and he is a different person. When he is with me there is no stuttering and the Reflexology calms him down.

I am at the moment treating a lady for fertility issues, she has been through IVF twice unsuccesfully. I use the protocols I have learned in the training I undertook. During her first treatment she could feel her ovaries aching when I was working them. She was due her period the following week but she started the following day, this was absolutely amazing. I will be treating this lady weekly for six weeks then she is going through another attempt of IVF but who knows if she will become pregnant, we will have to wait and see.

One of my other clients has had brain damage since childhood and she absolutely loves her treatments, I can see how she is developing the more I treat her. Initially I was out of my comfort zone but I am so glad that I took her on as a client, I feel humbled and proud that I can make a difference.

In society today stress is one of the many factors that can affect health and people are now starting to seek out therapists and Reflexology is one of the top therapies along with Aromatherapy and Osteopathy. Reflexology is certainly relaxing, during the treatment clients faces visibly relax and they drift off to sleep. When I have closed the treatment the clients usually give positive feedback to how they feel.

Prior to treatment a consultation is conducted so the Reflexologist can identify what issues the client has and address them in the session. Socks and shoes are removed and the client is made comfortable in a reclining chair.

During the treatment the client may feel:

An advice sheet is given to take home which makes them aware of what to expect in the next 24 hours which is:

It is advisable to have regular treatments to improve their overall wellbeing.

Reflexology is so effective for many conditions and is a totally natural way to treat the whole person instead of putting toxins in the body which can be so harmful with all their side effects but I totally believe in it and is the way forward to improve health.