The real secret to getting motivated 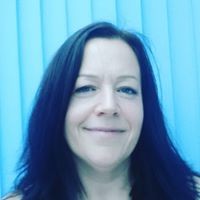 The real secret to getting motivated

Posted by Honey Lansdowne 1301 Days Ago

Clear your blocks to get motivated

Smart people know that Hypnotherapy is a powerful tool to achieving the things you want to in life and I often see clients who are looking for help with what they describe as a ‘lack of motivation’. Behind this lack of feeling motivated I have noticed the key themes of:

Now imagine trying to cook a meal in an untidy and dirty kitchen. You wouldn’t really want to would you? It would be difficult and not enjoyable. You would get in a flap moving things around, finding a place to put things and well it just wouldn’t feel good. That’s the equivalent of looking for a motivated feeling when the issues I listed above haven’t been dealt with.

A traditional coaching question for getting people motivated is ‘what would you do if you knew you couldn’t fail’. Usually when I ask people this their eyes light up and they get excited about something. And then soon after asking the question they will try and dip into all the reasons they can’t or feel they shouldn’t do that. The reasons why will vary but the underlying theme is often a fear of failure. Failure is how we learn.

What if a baby gave up when it didn’t walk the first time it tried? And Edison, the inventor of the light bulb famously said “I have not failed 10,000 times, I’ve successfully found 10,000 ways that will not work.”

Honestly, lack of confidence can stop the most qualified people from having success. It can stop people having fulfilling relationships and being able to show up in the world as themselves. If you are someone that sees other people doing things and you think you could have done it better it is probably confidence that has stopped you.

Lack of confidence is one of the easiest things to fix with Hypnosis and Coaching and like taking your driving test, you only need to do it once and you are set for a very long time. Once you enjoy the freedom and opportunities that come with increased confidence, you will not want to change it.

Perfectionism could be renamed as ‘not feeling good enough’. But it can stifle the best creators and keep people stuck. Life really is too short. Of course it’s important to do a good job and do things properly, but for some people they spend so long perfecting that nothing really ever gets finished. And during the time they have spent perfecting, things have changed so much that their thing isn’t really relevant or up to date anymore so off they go again changing, improving, perfecting, missing out…..

Nothing kills motivation faster than overwhelm. And wow we are surrounded. Battling inboxes, phones, standards, jobs, homes, family and friends. But if you have something you want to achieve you have to channel focus because your mind just can’t do a gazillion things at once. It’s not the way it’s designed and ‘good’ multi tasking doesn’t exist.

I use an amazing process in Hypnosis where we create a map of your objective and your unconscious mind will sort out any blocks to achieving it and give you an inner focus like never before.

Have you ever had instructions from someone that didn’t make sense? Isn’t it frustrating! Clarity makes things so much easier. But if you are not clear on who you are and what you want how will you be able to muster the motivation that you need? I love helping people get clear on their values (what is most important to them) and identity (I will ask you now to answer this question out loud…Who are you?).

When you get clear on yourself you will feel like anything is possible. Like searching for the right house and when you get it you just can’t stop thinking about it because it just feels so right.

Clear the blocks and the motivation will come, by the bucket load!

Don’t hang around, be an action taker and feel how good that feels! Here are things you can do right now.