Ups and downs of Fertility Reflexology 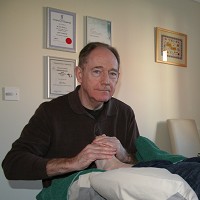 Ups and downs of Fertility Reflexology

Posted by John Rhind 1997 Days Ago

One of the greatest joys about fertility reflexology is when the client tells you that she has had a positive reading. Although this is normally the result, there are other times when the opposite happens and either the client has not become pregnant on that particular cycle, or worse still the client has lost the incoming soul.

This is when all the skills of nurture and counselling have to be combined with a reinforcement of positive thinking and an approach which brings hope in a desperate situation. I always keep a box of tissues handy and they are often required as tensions are released and issues come to the surface.

I recently treated a single mother who had five attempts at the IVF process. She came to me just before the fifth attempt and that one did not work. She then decided that she would try again after a six month gap. I saw her nearly every week during this period and worked hard on the appropriate reflexes and also changed a very understandable negative attitude into a positive one. The next at attempt at IVF at the Born Clinic was successful and she carried twins for around ten or eleven weeks. One then died and we were faced with another negative situation which we had to turn around in a very short space of time. Together we got through it and I recently experienced the joy of holding her baby boy in my arms when they came for tea.

In fact in the last three weeks I had the same experience three times when clients, who have become firm friends have brought their babies to see us and have tea and a chat.

Life can be cruel and wonderful at the same time, but remembering that the glass is half full and not half empty is a good maxim.