Why Diets Don't Work - And What To Do Instead 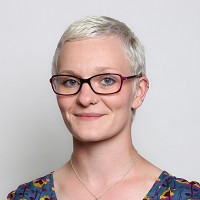 Why Diets Don't Work - And What To Do Instead

Posted by Lily Cameron 2168 Days Ago

As a hypnotherapist, one of the most common enquiries I receive relates to weight loss. With ominous headlines about the obesity crisis, models becoming ever thinner and celebrities castigated by the press for failing to "bounce back" just weeks after giving birth, it's no wonder that the diet industry is worth billions and eating disorders are affecting younger and younger children. And yet, despite the fact that there seems to be a brand new fad diet every week and people are spending more and more money on packaged diet foods and supplements, not only are we not getting any thinner, but our unhappiness is increasing just as our bank balances decrease.

Many of you will have been on at least one diet in your lifetime, perhaps several. I certainly have. And what I began to notice was that each diet I hopefully embarked upon was less successful, more short-lived than the last. At first I could stick to my rigid "healthy eating" rules for over a year before something in me "cracked" and I just ate the food. All of it! Then it lasted just months, weeks, until eventually even the slightest sniff of a diet had me rushing to the fridge. Why?

Well, as it happens, our survival instinct is pretty strong. Humans evolved to eat to live, and to protect themselves from the very real threat of famine, and our brains and bodies have not caught on to the fact that few of us in the Western world are at genuine risk of starvation. Repeated dieting, restricting calories or food groups, and complicated rules about when, what or how much to eat only serve to teach our bodies that they are at constant risk of famine. When the urge to survive is too strong to ignore and we allow ourselves to eat once more (this is not weakness or a "lack of willpower", it is a powerful survival instinct) we will overeat in order to lay down calorie stores to protect us when the next famine comes along. Clever, eh? This is why it's so rare for weight lost through dieting to stay off - in fact, we tend to gain even more than we lost.

So, what can be done? Is it possible to lose weight and keep it off? Can this diet-binge cycle ever be overcome?

Yes! But it requires a change of mindset that might seem scary!

When I see my clients for weight and diet issues, the first thing I ask them to do is to give themselves permission to eat. No rules, no restrictions. If they want it, they can have it. And not just a taste, they can have as much as they want. This can induce emotions ranging from curiosity to disbelief to abject terror!

If I do that, they protest, if I allow myself to give in, then I'll never stop.

This is a natural fear - each time they have allowed themselves to eat whatever they want in the past they have ended up binging or over eating or living on a diet of crisps, chocolate and pizza until they manage to haul themselves back onto the diet wagon one more. The difference this time though, is that the permission they give themselves is unconditional. There's no expectations, no guilt, no shame. They are just allowing their bodies to choose and trusting them to make the right choices.

While this can lead to overeating in the short term, or a slight obsession with one particular food (it was Tunnock's Teacakes for me...) after a very short while you begin to trust yourself. You begin to recognise that there's no need to eat to the point of over-stuffedness when there will be no limit on food in the future. You begin to remember that food is an enjoyable experience that you can take your time over, really tasting it, starting when you feel the need and stopping when you've had enough. Many of us only eat when ravenous, and only stop when uncomfortably full. Eating this way you rediscover satisfaction.

Sounds great, but how do you bring about this attitude shift? This is where hypnotherapy comes into its own. As hypnotherapy deals with the subconscious part of the mind - where all those habits, learned behaviours and thought patterns are stored - it gives you the perfect kick-start to such a radical new way of being. Using hypnosis I help my clients let go of their old diet mentality and fear of food. I help them to rediscover trust in themselves and their bodies, to embrace the enjoyment of food and eating, and to make looking after themselves a pleasure, not a punishment.

If you've struggled with your weight or are still looking for that "perfect diet", maybe it's time to try a different approach?

Have you given up on dieting? Has this been a positive experience for you or do you feel you would benefit from some support? I'd love to hear from you.