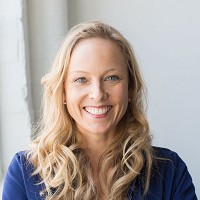 Our bodies use the food we eat for energy. In order to fuel all of the metabolic processes, brain function  and any movement we make, the energy containing parts of our food (that’s protein, fat and carbohydrate)  need to be converted into a useable form of energy called adenosine triphosphate or ATP for short. The most efficient source for making this ATP is carbohydrate so that’s where our bodies like to get the bulk of energy from.

We can’t store a great deal of carbohydrate in our bodies, so we need to eat it regularly. We store some in our muscles and some in our liver, and we have some in our blood – our blood sugar – which provides a ready-energy source.

When carbohydrate stores are low, our bodies switch to using other forms of fuel: fat and protein. The problem with this is that it’s less efficient to use these two nutrients, and protein is needed for making hormones, enzymes, the immune system and a whole range of other processes, so using protein as an energy source may actually mean that there isn’t enough protein to go around. This in turn means your body- survival machine that it is- will start to slow down metabolic processes and conserve energy. This means you are no longer running on tip top form and can mean you feel lethargic, are more vulnerable to infections, can’t think clearly and so on. If you every feel like this is you, keep watching!

Carbs have had a pretty bad rap over the past decade or so and a lot of my clients come to me having tried to cut them. But because carbs are so integral to the use of energy in our bodies, the constant restriction of carbohydrates often leads to cravings, which often leads to giving in to those cravings, and if those cravings are for refined carbohydrates then that can make the problem worse rather than better.

Not all carbohydrates are created equal. Depending on the type of carbohydrate you eat, it enters the blood stream at different speeds and this can have very different effects on energy levels and concentration throughout the day.

Whole grains, which are high in fibre such as brown rice, granary bread, wholemeal pasta etc take the longest to be digested and are known as slow-release carbohydrates. Things like white bread, sweets, cakes and biscuits contain a lot of refined carbohydrate and this is quick-release, meaning it is very quick to be digested and enter the bloodstream as blood-sugar.

Blood sugar is a very important consideration when you are trying to improve energy and focus. When you eat carbohydrates your body breaks them down in to glucose, which gets absorbed into the bloodstream as blood sugar. A hormone called insulin is then released which “unlocks” the cells to allow the glucose to enter where it can be converted into ATP energy.

Let’s look at an example of how this works in real life. Let’s say you eat some porridge for breakfast. This is a wholegrain carbohydrate so it takes time to be digested and the carbohydrate enters the bloodstream gradually. Your blood sugar rises gradually and your body releases insulin to get that carbohydrate out of the blood and into the cells so it can be converted into useable energy and blood sugar comes back down.  As the sugar gets used up and blood sugar starts to fall, a feeling of hunger, or tiredness is usually triggered.

If you eat something high in refined carbohydrate like a slice of cake, the sugar enters the blood stream very quickly and will likely cause a sugar spike. If blood sugar does go too high, we have this amazing protective mechanism that brings it back down to a safe level. Your body releases masses of insulin to clear the sugar out of the blood, but instead of converting this sugar to energy as it would normally do, it stores it in fat cells around the middle.

So that’s one negative consequence of eating refined carbohydrate: we end up storing the excess energy as belly fat. Another is that following this sugar spike, we now have a sugar crash on our hands. Because a lot of insulin was released, we now have low blood sugar and probably feel tired again and feel the need to reach for something sugary as a pick-me-up and the whole cycle starts again.

I have lost count of the number of clients I see who say they crave a sugar hit at around 2 o’clock. Either they have a low-carb lunch or they have eaten too much carbohydrate at lunch. It’s no wonder that by three o’clock they are craving chocolate and doughnuts.

So how do we avoid these spikes and crashes? What we are aiming for is a nice undulation of blood sugar and we achieve that by eating regularly and including some – but not too much – carbohydrate. The right amount is about a fist-sized portion of bread, rice, pasta, potatoes etc every three to four hours.

This might sound a lot if you have been trying to avoid carbohydrates, but if you are like a large percentage  of the population, a fist-size  portion of pasta might feel incredibly small! But if you ever feel really lethargic after a meal, the chances are that you have eaten too much carbohydrate and you have had a blood sugar spike, followed by a crash.