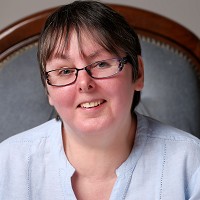 Posted by Elizabeth Jeffries 1745 Days Ago

It is of course true that there are many different kinds of psychotherapy and counselling – person centred and cognitive behavioural therapy are perhaps two of the best known, but other well-known approaches include gestalt therapy, psychoanalysis and transactional analysis. So how do you know which to choose? Is one better than another or are they just different ways of addressing the problems of difficult feelings and unmanageable life circumstances?

Well, research strongly suggests that rather than it being the type, or flavour of therapy which is the determining factor in how effective therapy will be, it is the “fit” between therapist and client that predicts outcome. Therapy works through the relationship. One aspect of this is trusting in the therapist and the safe and supportive environment that is created (the therapeutic space). However, another is the idea that it is with the therapeutic relationship operating as a central agent facilitating change that solutions to problems and life challenges can emerge.

Another element of course, as well, as the “fit” between you and your therapist being one that supports the therapeutic process, is the form the conversations will be between you. What might they be like? Will they perhaps focus on your beliefs? your behaviours? your unconscious experience? your stated goals for the therapy? the dynamics of your relationships? your physical symptoms or your reported feelings? Below I provide some brief descriptions of several of the most popular forms of therapy. Which one is right for you will depend on what you are bringing to the therapy as the main issue you want to solve, and also, in part, your beliefs about what it means to be healthy and happy in the world. As stated, above, though, a large part of successful therapy is not so much choosing the right therapy for you, but in choosing the right therapist. Nevertheless, there needs to be a starting point and hopefully the explanations of therapy types below will help you in finding your place to start.

OK, so here is the list, giving some brief characteristic details of some different forms of therapy. They are provided in alphabetical order, and not in any proposed hierarchical way:

In Body Psychotherapy, attention is given not only to your mind, but also to your body, feelings and intuition. Body psychotherapy understands problems of the body and mind as a whole system, and with this in mind, there will be a recognition that psychological problems have an immediate correlation in the body, as do physical problems have a correlation in the psychological realm. For recurring problems to be resolved, often mental insight is not enough. Something needs to happen that affects all levels of being. Body Psychotherapists therefore pay a lot of attention to the links (or disconnections) between thinking and feeling, between physical sensations and images, and between spontaneous impulses and patterns of relating.

A therapy that looks at how you think about yourself, the world and other people and also explores how what you do affects your thoughts and feelings. CBT aims to help change how you think (this is the ‘Cognitive’ part) and what you do (this is the ‘Behaviour’ part). These changes can help you to feel better. Unlike some of the other talking treatments, it focuses on the ‘here and now’ problems and difficulties. Instead of focusing on the causes of your distress or symptoms in the past, it looks for ways to improve your state of mind now. CGT is generally offered for periods between 6 weeks and 6 months.

The existential approach is concerned with how people understand their position in the world and with what it means to be alive. A psychotherapist adopting this approach will tend to explore these issue with a client with an open mind and with the idea that human nature is flexible and in a constant process of becoming. The existential psychotherapist will avoid categorising or labelling people, but rather seek to describe different levels of experience and existence that come into focus during the process of living.

Gestalt Therapy emphasises non-verbal and bodily language, and present-centred. It is often conceptualised as a holistic therapy, where the client, therapist, field, present and past are all present in each therapeutic conversation or session. The aim of Gestalt Therapy is greater awareness, and integration of the individual, disowned parts of the self as well as a movement towards self-support.

A time-limited psychotherapy that focuses on interpersonal issues (e.g. a depression arising from dealing with loss in a bereavement, or the breakdown of a relationship), which are understood not as the causes of psychological distress but to be social environmental factors contributing to the distress.  IPT aims to resolve eradicate symptoms and improve interpersonal functioning, as well as to increase social support.  Typically Interpersonal Psychotherapy will last from 6-20 sessions.

This approach focuses on unconscious thought processes which manifest themselves in behaviour. The approach seeks to increase self-awareness and understanding of how the past has influenced present thoughts and behaviours, by exploring unconscious patterns. The therapy process encourages the exploration of unresolved issues and conflicts, and talking about important people and relationships. Transference (when feelings about important people in life are transferred onto the therapist) is encouraged during sessions.

Relational psychotherapy is more an overall approach to the process of therapy than a distinct philosophical school of psychotherapy. It is based on the idea that who we are as people and how we relate to others is formed early on, and that as we come to understand what we believe to be true about ourselves, we realize that these beliefs stem from the messages/responses we received at a very young age. The relational psychotherapist explores how we live and use these messages. Therapists who describe themselves as relational psychotherapists can, therefore, be philosophically grounded in any of the above modalities but will also make ways of relating a central feature of the therapy.

Finally, I list Transactional Analysis Psychotherapy. I list it last not only because it comes at the end of the list alphabetically, but also because, as can be seen from the description below, it has elements of all of the above forms of psychotherapy:

The description of TA can be seen in the ways in which it can be related to the other forms of psychotherapy described above. The following also highlights its unique characteristics.