Hypnotherapy the second oldest profession in the world 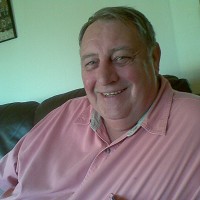 Hypnotherapy the second oldest profession in the world

Posted by Graeme Harvey 2098 Days Ago

Hypnotherapy in its various guises has been around for thousands of years. In ancient China, India, Egypt and Greece they had sleep clinics where patients were given a healthy diet and treated to suggestion through meditation etc. The title of Hypnosis and Hypnotherapy was coined by a Scottish Surgeon James Braid around 1848 and the modality has been known by that name ever since.

Here in the UK very little use is made of Hypnotherapy within the National Health Service and looking up the subject on the NHS web site you will find much derogatory comment about it. However if you look up the subject on the web site of the British Medical Association you will find much written there in support of Hypnotherapy. As far back as 1892 the BMA assigned a panel of eleven doctors to investigate Hypnosis and their conclusions were that it was both scientifically and medically proven as a sound healing modality. In 1955 the BMA further produced a report strongly in favour of Hypnotherapy and later in 1999 the British Medical Journal published further support stating that it was continually making advances in treating a wide variety of problems.

The question you might ask then is why is Hypnotherapy not available in the NHS and the answer comes from a decision in the House of Lords in 1949 when they decreed that Mental Health was not part of the NHS remit and therefore Hypnotherapy (along with acupuncture) should remain in the private sector. To date I have been unable to find any information that said decision has been reversed although I am aware that in some areas Hypnotherapy is available from NHS practitioners.

Despite what many medics, psychologists, psychiatrists etc espouse, hypnotherapy is not the new kid on the block and has been around much longer than "modern medicine" For example Hippocrates, alleged to be the founding father of modern medicine, was in fact what we would refer to today as a Hypnotherapist. The original wording of his oath not only contains the words "I will do no harm" but also "I will not administer poison nor shall I cut, especially those suffering stone but I will refer them to one who does".

Hypnosis is safe. In our ever more litigious society there are many law firms offering "No win No fee" opportunities to sue medics and Health Boards for malpractice or injury and information on the numbers of "accidental deaths" or deaths through mistreatment are available. Interesting that no such legal advice and assistance is available for deaths or injury caused by hypnotherapy. Despite one spurious and subsequently rejected claim there is no record of anyone dying or being otherwise injured through hypnosis.

Hypnotherapy is cost effective fast and efficient in resolving a very wide range of issues. In most, if not all situations where patients have been prescribed Cognitive Behavioural Therapy lasting months sometimes years the issues would have been resolved with, in normal circumstances, a maximum of three hypnotherapy sessions. The worst case I have dealt with to date was a client who had undergone CBT on and off over a period of sixteen years until the NHS finally gave up. I resolved the issue in one session and the patient has been symptom free now for over three years.

I mentioned cost effectiveness and I would like you to consider this, yes you have to pay privately for hypnotherapy, but when you add up the cost of time off work to attend hospital or clinic, travel costs and frequent parking costs that soon mounts up.