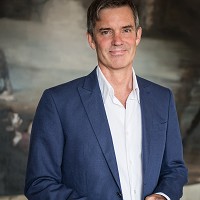 Posted by Greg Madison 1816 Days Ago

The Struggle for Authenticity in the Second Act

To step back into the sphere of human being demands something other than therapeutic technique, objective evidence, and curative power. It requires the inspiration of art. All great art worthy of that description calls us to see the world and ourselves more clearly. The bibliotherapeutic impact of the work of  JM Barrie rests in its ability to unnerve the shallows of life and to resuscitate the struggle back to authenticity.

James Matthew Barrie (1860-1937) was for some years the preeminent playwright of the English-speaking world. His new productions opened to certain success in London’s West End and on the main stages of the world’s capitals. He was also in great demand as an after dinner speaker to the great and the good. Now, apart from his most popular play, Peter Pan, Barrie’s name has slipped from the footlights into obscurity and along with him, a precious developmental view of human existence.

In the late 1980s I spent a year studying Barrie’s plays and his philosophy, under the tutelage of Professor Paul Swartz at the University of Alberta. Both Paul and I teetered uncomfortably at the edge of respectable academic psychology when psychology was just beginning its demise into a restrictive obsession with hard science. His interests perhaps better accommodated within a psychologically sophisticated English Department while my interests crossed into existential philosophy and psychotherapy, always with one eye on my emerging autobiography. Out of that year of scholarship emerged a published paper of our work together, The View from Betwixt and Between: JM Barrie and Humankind (Swartz and Madison, 1987). Now, twenty years later, I view that year of study and Barrie’s warnings, from the perspective of middle age and the feeling that somewhere along the line I accidentally sided with the wrong self.

Barrie believed that life is not unlike a three-act play, but with a second act that seems to be missing. The first act lays out a trajectory of possibility that if followed would allow us to grow into the person we were meant to be. The final act offers us an opportunity to wake up and realise that at some point in the midst of life we lost our way. In fact the second act of life is the longest and it is during this part of the play that the struggle for life occurs, largely unbeknownst to us. Barrie desperately wants to warn us about the second act, when we fall asleep for years. During the long sleep of the second act of life a ‘black speck’ grows within and in the fullness of time it pushes us out and takes over. An imposter takes over the entrancing adventurous life we were meant to lead and carries us into the shadows of the murky world of wrong-headed ambition and social cosiness.

In an address to the young graduates of Edinburgh University, Barrie warns about getting lost in the treacherous character of that middle act, ‘You may sometimes roam round the earthly tenement that once contained you, trying to get back. Perhaps you will get back. That sometimes happens… All I can assure you is that in that second act, now about to begin, something will get in which is either to make or destroy you’ (Barrie, 1930: 18-20).

To maintain the ‘entrancing life’ is a struggle; we have to fight for it. It requires the courage to attain a sort of ‘self-mastery’. Barrie himself had wanted to be an explorer, but instead his ‘familiar’ took him and he became a writer. As a writer, Barrie presents themes of immense psychological value, including the idea of the lost second act, the presence of a ‘familiar’ or interloper who takes our place, and the possibility (though unlikely for most of us) of grasping a ‘second chance’.

We are offered second chances to return to the authentic person we set out to be, but it requires considerable courage.  Barrie repeatedly puts his philosophy into the voice of his main characters, here in the protagonist of Dear Brutus,  ‘There is something we are born with, not Fate or accident, which are outside us, but something in ourselves that really plays the dickens with us and makes us go on doing the same sort of fool things, however many chances we get’. Can we cut this thing out? ‘It depends, I expect, on how long we have pampered him. We can at least control him if we try hard enough. But I have for the moment an abominably clear perception that the likes of me never really tries’ (1942: 1045).

According to Barrie, we can shape ourselves if we have the courage to control our human frailties, such as jealousy, worldly ambition, ignorance, contempt, resentment, arrogance. But the black speck ‘gets nearly everybody in the end if they don’t look out’. ‘We all seem to be touched by it, and are perhaps sent into the world to decide for ourselves whether we are worth saving. Above all things, don’t defer finding out what your particular speck is – for they vary very much – before it spreads’ (1938: 138).

‘Both the speck and the familiar work to disable the entrancing life. The speck is with us from the beginning, the familiar enters in the second act. Although Barrie does not seem to have sought to connect the two, it makes sense to think of the speck as opening to the familiar, as the germ of it, the base element that indulgence cultures into a surrogate self. We may understand the familiar as in turn advancing the spread of the speck, supplying the medium through which our particular liability metastasizes into the whole of our living. It is the speck acting through the familiar that corrupts our second chances into waste and repetition’ (Swartz and Madison, 1987:12).

Barrie was especially clear about the place that career plays in a human life.  In contemporary society career and ambition have become disgustingly synonymous with life itself.  Yet Barrie proclaims, ‘we have all become too self-conscious about the little parts we play – they are little parts even in our own little lives’ (1938: 52). The entrancing life and worldly success seldom coincide. Professions are shallow compared to the depth of the greatest moments in life, when we are pitched in battle for our very souls.

We can recognise, even from today’s increasingly superficial vantage point, that Barrie was describing to us how the crux of existence is increasingly shunted to the shadows, replaced by consumerist greed and the race to get ahead. For some of us, like the immortal Peter in Peter Pan, there is no second chance, ‘… the window was closed, and there were iron bars on it, and peering inside he saw his mother sleeping peacefully with her arm around another little boy’…. In vain he called, and ‘in vain he beat his little limbs against the iron bars’ (1913a:143-4). But those bars were up for life, there was no return.

The second act of Barrie’s plays are often set in a magical timeless place, like the islands of Peter Pan, The Admirable Crichton, and Mary Rose, or the enchanted wood of Dear Brutus.  These are places of destiny, where each character faces a situation so extreme that we can see into their true nature. ‘Mistakes are repeated, illusions shattered, and a glimpse inward made available. This glimpse sows the possibility of a second chance’ (Swartz and Madison, 1987: 16).  But for some of us the battle with the familiar enemy is stacked so against us that to struggle courageously and to lose is not entirely to fail.  To struggle is itself, regardless of the outcome, an admirable stance.

Courage and the speck lay side by side. Whether we nurture the virtue or the vice is a choice for which we alone are responsible. If we open the door to the vice, something sneaks in ‘like a thief in the night’ whereupon it waits quietly until we become used to it and we suddenly realise that it has supplanted us and taken our place on the stage. When I think back to that year of study with Paul I know that the man I am now is not the one I was heading to be. At some point the course of that young man lost its navigation and if I were to follow back the line from the present it would not connect to him, but to some small black speck that grew into the imposter that has taken my place. We need to be constantly attuned to the great moment when we are to hear the faint call to turn from the inauthentic and all the glitz and glamour that the mundane world can muster.

The ‘second chance’ is really not to squander the first and only chance, to engage the foe and its socially-condoned allies, and to shape our own future rather than be shaped by it. Self-mastery is the constant struggle, beginning when we begin and ending when the verdict is inscribed on tablets of stone.

As a psychotherapist I not only see Barrie’s vision played out in my own life, I also see it clearly embedded in the deeper layers of the stories I hear each week in my consulting room.  There is a shared humanness in the struggle to live an everyday life that is worthy of the human soul. In a profession that has arguably become too ‘outcome’ obsessed, too focused on symptomatic alleviation and technical intervention, Barrie reminds us that it is still legitimate to talk about the big things, the valiant struggle for self-navigation. Maybe it is also legitimate to consider that the profession of psychotherapy has its own ‘black speck’ and we now struggle to regain essential aspects of what this profession, also, was meant to become.

Swartz, Paul and Madison, Greg (1987) Contributions to Psychohistory: XII. The view from betwixt and between: JM Barrie and humankind. Perceptual and Motor Skills, 65: 3-18.