Moving On: Transition, Change and the Hope of New Beginnings 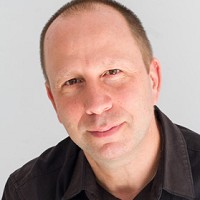 Moving On: Transition, Change and the Hope of New Beginnings

Posted by Malcolm Scott 2203 Days Ago

“I watch the ripples change their size, but never leave the stream of warm impermanence. So the days float through my eyes, but still the days seem the same.[1]”

I’ve no doubt, that when David Bowie wrote “Changes”, he was referring in part to the evolution of his own dynamic history. But like all great artists gifted with an ability to relinquish what is at first deeply personal, I believe he was also alluding to something more ubiquitous - a fate which demands of us all, that throughout life, we must sometimes “…turn and face the strange.[1]” A common theme in counselling and psychotherapy is that of transition, and in particular, the internal disquiet that comes with not knowing what lies ahead. Transitional experience, by nature, can be conspicuous or latent; job loss, unexpected bereavement, sudden ruptures in relationships and extraordinary social events are just a few examples, which in my view, unequivocally serve to mark the genesis of change. Less obvious perhaps, are the relational metamorphoses, which often come to pass discreetly over longer periods of time; we may recognise this in families for instance, as children move into adulthood, make their inaugural plans to ‘fly the nest’ and eventually have families of their own. Or maybe in the demise of a long-term relationship, for which there seems to be no singular reason as to why its principle characters grew slowly apart.

Transition, of course, doesn’t just refer to relational events; as we age, our bodies inevitably succumb to physiological change, such as ‘wear and tear’, menopause (female and male) and sometimes illness.

Whether physical, psychological or circumstantial, no matter how hard we strive to resist change, we can never stop it happening - and it is this fact that often engenders personal crisis. But moving on doesn’t have to mean settling on a future that can only ever be experienced as a pale imitation of the past. Life can be painful, but it is equally important to remind ourselves, that if we choose, experience and its associated memories can also be a force for good. How we do this, I believe, depends largely on our willingness to reframe the inevitability of change as something to be celebrated, rather than feared.