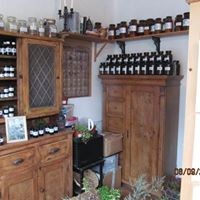 Posted by Jeremy Griffiths 437 Days Ago

A professional colleague of mine recently posted that true healing takes courage. This is very true. That which, to a great degree, is peddled as healing by orthodox medicine is in fact nothing of the sort because it sets itself a goal to control symptoms rather than treat the underlying cause that is the source of those symptoms. The former is convenient but the later is the only true way to resolve the disease. The holistic approach is more demanding but, for those who can muster the courage to engage with the source of their problem, it offers a bountiful return, and for some is even life changing.

One of the first concerns, when a patient arrives, is to educate them as to the nature of true healing. This begins by dispelling the myth that, for the most part, disease is the result of bad luck. In an overwhelming number of cases, disease is the result of lifestyle choices, dietary choices, as well as destructive behavioural and thought patterns. We are not the victims of many of our conditions but the creators. In this realisation lies great news. If we have the power to make ourselves sick, then it stands to reason that we can also influence improvement and recovery.

The foundation from which I work is AWARENESS » CHANGE » HEALING.

Creating awareness is important because often the patient is unaware of the destructive pattern they are following. This is often because this pattern was established early on in life and has become second nature to the patient. So conscious participation in that behaviour is now very limited.

An example of this concept in action that often finds its way to me is; anxiety. Many of the cases involving chronic anxiety have been established in childhood. These usually involve individuals who have grown up in turbulent households. As a child, the patient was too small, both physically and intellectually, to control their environment. Anxiety develops as a survival mechanism in response to an unchanging cause. This is adaptation.

An easy way to illustrate this on a physical level is through someone playing the guitar for the first time. Convinced they are going to be the next Pete Townshend, they play away for hours only to find that at the end of the session their fingers are sore. The logical resolution to this would be simply to stop playing the guitar, the act of which is the cause of the discomfort. However, still convinced that they are the next incarnation of Pete Townshend, they pick up the guitar the next day and carry on punishing their fingers. As the underlying cause is not going to immediately resolve itself, the fingers develop callouses as a means to protect themselves from the ongoing physical stress.

Likewise, in the case of Anxiety, the child develops a heightened alertness, like a light sleeping soldier with a knife under his pillow, allowing a head start in a potentially threatening situation as a means to survive. In time, this anxiety can pass into a permanent chronic state void of any evident underlying catalyst.

In such cases it is possible to work with the patient to create awareness of the roots of this condition and create change.

Bach flower remedies, such as Aspen, White Chestnut and Chestnut Bud, have a role to play in this process.

Herbs, such as Oats, Skullcap and Vervain among others, have a role to play by feeding and strengthening the nerves while the deeper work is undergoing.

In illness there is a perception that you are either sick or you are healthy, with a well defined line between. My experience of chronic patients is that for many they have been unwell for so long that they have actually lost the physical imprint, the physical memory, of what it is like to be well. In such cases, a symptomatic aspect of the overall treatment may be applied to re-educate the body and mind in that experience. This opens up a reference point and a current history of experience. Many of my chronic patients have described an almost out of body experience, with respect to themselves, as they begin to heal. This is the result of a lack of familiarity with the person they are becoming. Although they do not wish to be the sick person (for the most part....but that is another topic) at least it is a persona they are familiar with. The new self develops with a vitality that can be overwhelming, even frightening, and with that new self comes new responsibilities and expectations. The cure for this is simply time. With time the new self will become more familiar as the old self fades into the past.

True healing is more than an absence of symptoms. In reality it asks us to honestly re-evaluate who we are, and in some cases make life changing alterations. This is not always a process for the faint hearted but one that can take true courage. However, the rewards for such courage are boundless.

I have been fascinated by the natural world since early childhood. By the 1980s I began applying herbs to resolve my own ailments. This set me on a journey of discovery that lead me to realise that the... [read more]