What families with ADHD use to manage ADHD: a survey of resource use 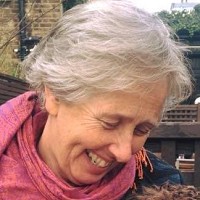 What families with ADHD use to manage ADHD: a survey of resource use

Posted by Philippa Fibert 59 Days Ago

Objective To identify interventions being used to manage attention-deficit/hyperactivity disorder (ADHD) in the UK.

Design A survey within the Sheffield Treatments for ADHD Research project. A convenience sample of participants in the UK who consented to join an observational cohort were asked closed questions about medication, behavioural change programmes and service use, and an open-ended question about what else they used.

Results Responses from 175 families were analysed. The mean age of the children was 10.21 (2.44), and two-thirds (n=114) had additional diagnoses. The majority used medications to manage ADHD (n=120) and had participated in a parenting class (n=130). Just over a quarter (28%, n=49) did not use ADHD medications, and used sleep medications. Just under half had consulted psychologists (n=83), and 32 had participated in other talking therapies such as psychotherapy, counselling and cognitive–behavioural therapy. A few used aids such as reward charts or fiddle toys (n=17) and participated in activities (mostly physical) (n=14). A substantial minority (78/175) had used non-mainstream treatments, the most popular being homoeopathy (n=32), nutritional interventions (n=21) and bodywork such as massage or cranial osteopathy (n=9).

Conclusions Families reported use of a wide variety of treatments to help with management of their children with ADHD in addition to their use of mainstream treatments.

I specialise in the treatment of children with behavioural disorders such as ADHD and Autism, where I have found homeopathy to be uniquely helpful, particularly in managing emotional aspects such as fears, anger, explosive tantrums, anxiety, depression and the like. Several children I have treated homeopathically no longer have diagnoses.