Adrenal Burnout; what are the signs, symptoms and related problems, plus how to work towards overcoming it! 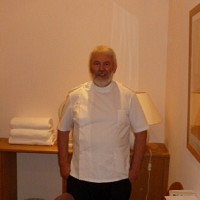 Adrenal Burnout; what are the signs, symptoms and related problems, plus how to work towards overcoming it!

Posted by Sean Kulyk 448 Days Ago

Have you ever suffered from decreased libido without necessarily having a headache?  Then maybe it's actually just a symptom of Adrenal Fatigue, in which case this could be the article for you!

Being stressed – just about one of the commonest words we use today to describe ourselves and how we feel. We tend to for the most part shrug our shoulders, make a feigned joke about it and drink yet another cup of coffee, accepting it is part of life, but not really knowing just how much it is affecting us. But it IS affecting us, often in rather slow insidious ways. In fact stress is one of the commonest complaints patients bring to Practitioners. According to the British Medical Association (BMA), approximately 80% of GPs’ patients have symptoms which are either primarily due to stress (such as depression or extreme anxiety) or whereby the course of actual pathological illnesses are worsened and / or lengthened by stress. It is rare nowadays to be told your problem is ‘psychosomatic’, which was taken to mean it’s all in your mind, and thus if no pathogen could be found then there was no real problem. Nowadays the power of the state of one’s mind to affect us physiologically is much more accepted in medicine. Indeed in the last 25 years or so there has now emerged a new science called Psycho Neuro Immunology (PNI), which recognises the strong connection between our mental / emotional status and its effects on our body. PNI. has e.g. identified and demonstrated connections between neurological pathways and our white blood cells (a major part of our immune system). Researchers have now proved categorically the direct effect of stress on our physical health, showing precisely how we are much more prone to infections when stressed. More than just a mental / emotional problem …. According to Professor. Hans Selye, stress can be defined as ‘The non specific response of the body to any demand’. In other words, stress is not just a psychological term but the total response of a person to the various demands of the context of their life. Some of the changes produced by stress are merely adaptations, others are signs of damage. However when asked about being stressed, patients will often assume the practitioner means only emotional or mental stress and will often strongly deny being stressed. However, stress can take many different forms :

Mental and / or emotional stress

In fact stress is actually anything which disrupts our bodies normal homeostasis (balance), which is very important as to be healthy one needs to maintain ideal homeostasis. Illnesses will occur where the homeostatic balance has shifted to a new more precarious ‘balance’. The Adrenal Glands The body deals with stress in a number of ways, primarily via the ‘sympathetic’ branch of our autonomic nervous system, which in turn affects our endocrine (hormonal) system, particularly our adrenal glands, which then has disruptive effects on the rest of our body’s functions. Short infrequent periods of stress are of course inevitable and indeed are what our adrenals were designed for (producing the ‘fight or flight’ response via the hormone adrenaline) enabling us to survive major life threatening events. It is because of the ‘fight or flight’ response of adrenaline that there is a close association between the adrenals and our blood sugar levels.

Indeed during a ‘fight or flight’ (stress) situation, we need instant energy, and so the release of adrenaline causes the conversion of stored glycogen (in the liver) into glucose, thus rapidly raising our blood sugar to very high levels.  This is necessary in real emergency situations which happen ocasionally, and indeed save our lives. Unfortunately, in the modern ever demanding high pressure world, it is the prolonged / frequent stress events, are now contributing to poor health and for some people their early demise. According to Professor. Hans Selye (who was the world’s leading stress expert) our bodies response to long term stress progresses in the following stages, known as the General Adaptation Syndrome (G.A.S.). Stage 1. Initially with short periods of stress, our adrenals will increase their hormonal output (of adrenaline and Cortisol) causing the person to draw on their ‘reserves’ to enable them to deal with the threat. This is the ‘Alarm Rea ction’ stage and is the primary function for which the adrenal glands were designed, to deal with the ‘sabre toothed tiger’! It is known as a functional hyper-adrenic response to stress. Stage 2. If the stress continues, the adrenals will actually begin to increase in size in order to cope with the (perceived) increased demands. This increased size and activity defines the ‘Resistance Stage’. As stated above, there is a close relationship between adrenal, output and blood sugar levels. Hence this is usually the time when the person begins to consume coffee and / or other stimulants such as cigarettes, colas and chocolate to get going or keep going (because their blood sugar has dipped), or indeed just to stay awake especially mid to late afternoon!   If the person does not get these stimulants, then there will be a tendency to become irritable / snappish, which occurs because the adrenals have been forced to release adrenaline (or cortisol) to bring the blood sugar levels back up (via the 'fight or flight' conversion of stored Glycogen into glucose).   This stage can last for years. Stage 3. If the stress is prolonged, it will eventually begin to overwhelm the now larger adrenals, which then will eventually lose their ability to respond.

More and more coffee, cigarettes and other stimulants are needed to do anything at all. The person starts to feel overwhelmed and procrastinate more often, just can’t get their head together to do things which were easily done previously. They also start to get a reputation for being unreliable due to forgetting things and becoming late for appointments/meetings.

The latter occurs because it now takes the possibility of being late to really whack the adrenals into action, to get things started.

Eventually no amount of stimulants will work, and it really is a case of ‘flogging the dead horse’. Now the patient has reached the ‘Exhaustion Stage’, where they really are unable to cope with any additional stress as the adrenals simply cannot give the essential burst of energy, when it is needed regardless of how many coffees and cigarettes are consumed.

It is invariably at this point that the patient seeks medical help as they now feel totally and utterly exhausted, listless, irritable / miserable and unmotivated yet angry with themselves as they can’t cope any more. These are all indications of chronic functional hypo-adrenals (adrenal fatigue), due to the above prolonged exposure to stress. Because the adrenal glands also produce a wide variety of other hormones which in turn affect other endocrine glands; patients with adrenal exhaustion can show a wide range of symptoms, depending on the individual’s constitutional strengths and weaknesses.. Symptoms associated with Chronic Adrenal exhaustion:

Of course stress related illness following functional hypo-anrenia, can come about not just after prolonged stress / involving blatant abuse of one’s body, but can also occur following a single extremely stressful event. These include death of a loved one, separation, divorce, loss of job/career/finance/status and most importantly loss of trust or sense of purpose. If you are the wrong side of fourty and unfortunate enough to have a GP who themselves adrenally exhausted, then you may be told ‘it’s your age’, ‘this is what’s supposed to happen’ and up to a point this is true. However, it really is not normal for a person to feel fatigued all of the time, whatever your age.

If you reach stage 3 and do not deal with the cause and effects of stress, it can lead to more serious health problems, as well as premature ageing, so it is wise to take action; the earlier the better. Helping your body to help itself The good news is, all is not lost, as these are all signs of not just overwork / over worry etc. but also that the body is severely lacking in various nutrients needed to support the adrenals and the nervous system and prevent damage caused by increased free radical activity of the stress response. . So what to do ….? If you at stage 2 or 3, first and most importantly, recognise you cannot carry on like the above indefinitely without serious health consequences, so put yourself first for a change! Seek help from a Nutritional/Kinesiology practitioner for the physical or metabolic problems which are beyond your control. Follow whatever nutritional advise is recommended including supplementation and Kinesiology exercises aimed at regenerating/supporting the adrenals The wise person then helps their body cope with stress, by learning to respect the limitations of the body and give it at least the same level of support/maintenance they would give to their car, e.g. by.. Drinking plenty of water and less tea and coffee. Getting as much sleep as your body needs to feel rested. Taking regular moderate exercise, BUT if you are chronically fatigued and exercise makes you fell worse, don’t’ try to ‘work through it’. Don’t mistake fitness for health. Learning to say ‘why’ and ‘no’ politely but firmly and much earlier in your daily transactions, rather than allowing things to build up into resentment. Learning to accept help and where necessary to delegate. Build in quality time to relax and regenerate on a regular basis. Have a hobby, which you do simply for the enjoyment. It is unlikely that you will eradicate stress from your life entirely, but the right attitude towards it may prevent chronic adrenal dysfunction and associated illnesses. If you still feel you need more specif and targeted help, then why not make an appointment to see Sean Kulyk.

Sean Kulyk is a Complementary Medicine Lecturer, and Practitioner with over 27 years clinical experience, and was Director of the Centre for Integrated Medicine for 3 years. He specialises in dealing with stress and related illnesses and also constantly lobbies for getting Complementary Medicine onto the NHS. Sean practices in clinics both in London and North Kent (Gravesend and Bexleyheath). Likewise if you have any other Chronic problem, which is not responding, then you can contact Sean, to arrange an appointment, by calling him on               07949 191 508 or by e-mailing him on sean_kulyk@yahoo.co.uk

Sean is based in clinics in East London and North Kent (Besxleyheath and Gravesend). Copyright Sean Kulyk 3rd December 2018

Health; a sense of purpose, happiness and peace of mind which comes from integrity and knowing when to stop!