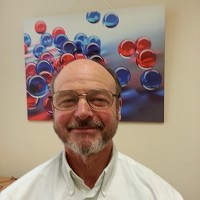 Posted by David Carroll 1462 Days Ago

A very real and present problem for both healer and client alike!

If asked to think of a typical toxin, most people would probably have an idea of heavy metals such as lead, mercury, cadmium etc or perhaps envision a dark glass bottle with a label depicting the 'skull and crossbones'.

Now, although these are known to be hazardous products, they are generally easy to avoid and as such, are not the subject of this article.

This subject is about identifying the 'everyday' toxins that we are all exposed to on a daily basis and the adverse effects these 'harmless' products have on our wellbeing. These effects can range from an irritating rash/itching, severe pain in the shoulder/neck to lethargy and massive loss of energy/stamina leading to depression.

Our exposure can be ingestion (medication, foods/drink [including organic]), absorption (cosmetics, laundry products), smell (solvents, perfumes, air fresheners etc.). But what is meant by a toxin in this regard?

Much of the success and knowledge in this subject is owed to Dr. Roger Callaghan who founded the highly effective emotional healing method he called 'Thought Field Therapy (TFT)'. It is this therapeutic approach that I use as the primary method in my Psychotherapy practice.

Now, although TFT has a consistently high success rate (>80%) in dealing with a wide range of emotional issues; it was found by Dr. Callaghan, that for some clients, a successful healing session could come 'undone' after a while. This prompted Roger to investigate the cause of this remission and he discovered the impact that a toxin has on the undoing of a healing procedure. Fortunately, his tenacious and inquiring mind enabled him to discover simple, time tested techniques to help identify the toxin and treat/nullify the effects of it.

The salient point with these toxins, intolerances, sensitivities, is that each individual reacts differently to the exposure.

They have therefore been defined as an “Individual Energy Toxin (IET). It is important to realise that these are not the same as allergies.

An expert on allergies in the USA, Dr. Doris Rapp, describes a useful analogy as to how toxins can go almost unnoticed for a while and suddenly the effects become dramatic and very unpleasant. She suggests that we imagine that we have a 'bucket' inside of us where all the toxins that enter our body are 'dumped'. Over a period of time this 'bucket' gradually fills until we are exposed to a toxin that causes the 'bucket' to spill over.

My first case of toxin overload is appended as a case study and offers a perfect demonstration of Doris Rapps' 'bucket' idea. This study is of my wife Valerie who feels that knowledge of this subject is so important, she has given me permission to waive confidentiality and I report in full.

How do I know I've been exposed?

Reactions to toxins are as varied as the toxins themselves but the following are offered as guidelines:

However, my advice is that you know your body better than anybody, so start to 'listen' and consult a trained TFT practitioner if you have concerns.

It would be impossible to list all potential energy toxins because of the individual nature of the responses that we have. Just because an item is generally considered healthy, we simply cannot assume that we ought not to have a reaction. Here are a few of the more common IET's.

Interestingly, we tend to be 'addicted' to the foods/drinks/products that we find toxic.

If you think that you may have a problem, keep a diary of times, places and foods. This is invaluable during diagnosis.

Testing for susceptibility is easy, quick, non-invasive, accurate and immediate.

Likewise, the treatment is straightforward and allows the client to use the technique if or whenever the need arises.

One final point: You may have gathered by now that these Individual Energy Toxins can make a health issue quite complicated. Unfortunately, your state of emotional wellbeing e.g. stress levels can also change susceptibility to toxins. A product that was not a problem before stress, can often become one now. So, listen to your body.

My aim in this introduction was to introduce the idea of Toxins as a very real and present problem for healer and patient alike. The subject is vast and can only be touched upon.

However, if I have given some hope of a solution to you or someone that you know or perhaps lessened the frustration of healers confused at good work coming undone, then I have achieved my purpose.

As a general and very important point, if a product is identified as a toxin, it should always be avoided even though it can be dealt with effectively.

As a practising Psychotherapist, I had never seen a case of ME, Chronic Fatigue, FM or any other similar form of debilitating low energy condition, and to be honest, had no idea of its devastating consequences.

This ignorance ended when my wife, Valerie 'phoned me from her work saying that she felt so incredibly tired and was unsure as to whether she would be able to drive the 30 miles to get home. She did manage to do this however, but on arriving home she went straight to bed not even having the strength or desire to eat. She said it was though someone had 'shut her energy off by flicking a switch'

Her full time job is to sell new homes and frequently needs to walk clients to the show homes/flats and then up several flights of stairs. This was now becoming increasingly difficult and she began to doubt whether she would be able to continue working at all.

For several days after her first bout of extreme tiredness, I had to drive her to work as she simply could not manage even though the car is automatic.

The tiredness however, was only one aspect of this (as yet undiagnosed) condition. Another was the terrible pains that she had in the neck and shoulder muscles. She would often find herself crying with the pain and the frustration of her condition worsening. The worry of not being in control was leading her to depression.

One day whilst at work a potential buyer asked to view a show home. Val agreed to take her and apologised that she would have to walk very slowly due to her low level of energy. Her client said that she too suffered similarly and wanted to drive the 200 yards or so.

Whilst in the car, both talked about their health issues and the client suggested that Val had a condition similar to the ME that she had been diagnosed with and that she should research it starting with the ME sufferers website.

This she did and became further depressed after reading the horror stories of others that had suffered for so many years. The medical profession seemed to offer little hope to these people and it was becoming very clear that this was not going to go away. I therefore finally decided to use my knowledge and skills to help her try and improve her life in some way.

Although a Psychotherapist/Hypnotherapist, I am qualified in Thought Field Therapy or TFT as it is also known. This technique simply requires the client to revive the powerful feelings associated with a particular psychological issue. Hypnosis is not required, and healing is usually both very fast and extremely effective.

Applying the relevant TFT treatment to Valerie gave some relief to the symptoms but not enough to be of great or lasting significance. This is very unusual and therefore left the very real possibility of Toxins.

I then asked Val to keep a daily diary detailing the foods and liquids that she consumed and any feelings arising throughout the day.

From these details I was able to ascertain and neutralise the following as toxins:

This work make significant improvements in both the level energy and the neck and shoulder pain. This confirmed that I was on the right track. However, energy levels were still very low and the terrible pain would re-appear so more needed to be done.

During her research into to finding the correct label for the condition, Post Viral Chronic Fatigue seemed to fit the bill. This became something of our 'Eureka' moment as we recalled an earlier significant event.

Some weeks before all this happened, Val had a long period of Flu - like symptoms and had seen her GP. He diagnosed a viral infection and prescribed antibiotics. The prescription was filled but unused for a couple of weeks in the hope that it would not be necessary (we try and avoid all medication if possible). However, Val got to a point where the discomfort and inconvenience of the infection became too much and she took the medication out of desperation.

Testing her, proved this antibiotic to be a major toxin. Treating the toxin with the normal, simple, osteopathic procedure, eliminated the harmful effects of the toxin. This resulted in her energy levels returning to normal within a couple of days and the pains disappearing within an hour or two.

A year later and she has not felt a return of the debilitating symptoms but is now more prone to the effects of toxins. Happily, she is more aware of the early signs and can be quickly tested and treated before they became an issue.