The Truth about Colonic Irrigation... from someone who actually knows what they're talking about 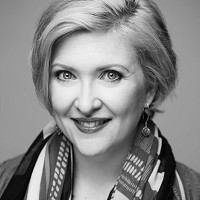 The Truth about Colonic Irrigation... from someone who actually knows what they're talking about

You may be considering this treatment as part of a detox routine or to address digestive or IBS issues. And if you have done your google reading, no doubt you have been scared off by lazy journalism, poorly informed opinions and quite frankly - Fake News.

I have yet to read an article about Colonics, or Colon Hydrotherapy, that is written by or features someone who has actually studied the modality and performed them.

Originally. I had colonics for 20 years before I trained in them. In my late 20's I used them once for post-surgery constipation, in my early 30's they were what got me back on my feet after a nasty Epstein Barr Virus, and later they became a twice-yearly even to support a cleanse. After training in Nutrition and Naturopathy, I understood that gut health is imperative to overall health, and it was a natural fit.

Recently a well known daily paper rubbished colonics, as so many people are quick to do, when they know nothing about it, nor have ever had one. I contacted the author and challenged her opinion, citing the study she quoted as actually out of print (she didn't read it, and misrepresented the conclusion) as it took me a great deal of effort to actually get a copy. Subsequently, the comments section was filled to the brim with misinformed opinions and the odd real concern. This article is to assuage and address those fears and dis-information once and for all.

Q - the lazy statement of “there's no evidence”. So boring.

I refer you to the following:

"In conclusion, there is adequate evidence based on convincing clinical data to re-examine the scientific community’s total rejection of this method:"

Q -But doesn't it wash out all the good bacteria too?

An obvious concern. However, it is not possible to wash out 2 kilos of gut bacteria, largely contained within the mucous lumen of the bowel. If it could; I wouldn't do it. Moving out potentially stagnating material is supportive of your immune system and other functions (see above studies). I liken it to the following analogy, You want to plant a rose bush in your garden, do you just dig a hole and plonk it in? No, you remove the stones and weeds (colonic) and put down some fertilizer (pro-biotics, pre-biotics and a healthy diet). Also, your appendix is a good bacteria store, it's job is to re-populate the gut every time there's a disturbance.

Q - But doctors don't believe in them..

I work in the clinic lead by the GP to the Royal Family, he refers numerous clients to me with IBS or elimination issues. https://www.gracebelgravia.com/medical

Apparently, one person in 1980, at a chiropractic clinic in Montana, due to an amoebic event. This is most likely due to the fact that in those days metal speculums were used and re-used. Today, all specs are one- time use only and we have very strict standards of care. Thousands upon thousands of colonic treatments have been done since without a single incident of this sort.

Q-Isn't there a risk of perforation?

If this was a real risk, then I simply wouldn't get the insurance to do it outside a hospital, nor would the doctor lead clinic I work at support them. Also, if it were possible, I simply wouldn't do the job. Way too much stress. I have tried to track down the truth on the studies that report otherwise, Apparently getting a colonic in Singapore from an un-regulated source in 1999 was a bad idea.

Q -Who needs one?

Do you have a colon? The simple fact is that humans were never designed to eat three meals a day. If you have IBS or issues with elimination (constipated) or are embarking on a cleanse/change in diet, or if you have chronic issues with inflammation at its core. If you are 25 and poop twice a day, I would not suggest it as a therapy. If you are 45 and have kids, a stressful job, eat on the go, fly regularly and open your bowels every other day, let's talk.

Finally, there is recent evidence to support the augmentation of the microbiome. Many of my clients suffer from some form of dysbiosis, often lifestyle induced.

Whilst the above study is not about colonics, it was part of a recent gut conference. We are learning more about the role of our microbiome and how endotoxins (toxins created within the body, as opposed to exo - outside) are negative to the body as a whole. Leaky or impaired guts are a very real way that these toxins are recycled back into the system.

If you have any questions as to how Colon Hydrotherapy can support your health, please feel free to contact me on 07957 341 741.

I treat clients from all aspects of health - physical, emotional, mental, energetic and spiritual.

Symptoms and illness can be multifaceted and not just as a result of the food we put in our mouths. I use Bio-Resonance testing... [read more]