Why is Sex so Important 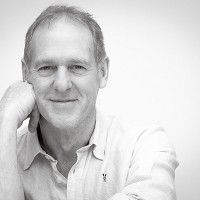 Why is Sex so Important

Posted by Graham Stevenson 122 Days Ago

Why is Sex so Important?

Sex is so important because affects us deeply in our bodies, influences our emotions, affects our relationships and can expand our spirituality.

Let’s look at some aspects of the biology of sex.

Everyone came into being because two people had sex - our biological mother and father.  Sex is hardwired in our brains and without it we would die out as a species.  It’s hardwired into every form of life that reproduces in a myriad of fascinatingly different ways.  To live, reproduce and die is the most basic expression of life.  There’s no life without sex when you consider say, plant life or animal life.  It is the same energy working itself out in different life forms, either in a linear way (as in evolution) or in a cyclical way (as understood in re-incarnation).

The scientific evidence for the benefits of sex has been growing into a crescendo that needs to be actively paid some attention.  Even the financial advantages for healthier happier people should have governments and religious institutions actively promoting it.  Sadly, many cultures are still sex-negative and locked in ignorance and shame.  There is plenty of evidence that sex is good for:

Sex is one of the ways in which adults play.  As animals, our foreplay is about grooming, bonding and connecting.  This is how we down-regulate our survival instincts so that we can relax and enjoy each other.  Play then offers the space in which to explore roles and be creative, allowing hidden parts of ourselves to come into the open and connect. However, as groups of humans developed their cultures and societies, different views about sex arose.  Some were sex-negative and covered it with shame and embarrassment. Others were sex-positive and embraced it more openly exploring the subject further.  It seems that for the sex-negative, sex was a necessary evil for reproduction and they denied it. For the sex-positive, each person was affirmed as a sexual being who could also connect with the divine.

The emotional and relational benefits.

The biological systems that enable us to fight have to be shut down for good sex to happen and so we have to learn to relax. You can’t make love and war at the same time. The survival bias of our brains and bodies has to be pacified so that we can enjoy life rather than just keeping ourselves alive. In learning how to relax, we have to connect with our bodies, which enables us to access our innate embodied wisdom. This wisdom tells us about what we like and need, how to act and how to respond and how to find satisfaction in a healthy, natural way.  Great warriors seldom make great lovers as their skillsets don’t translate well to the bedroom; one is about taking life and the other about giving life … and celebrating it.  Sex itself is abused when it becomes a battleground in relationships and even more so when used as a weapon of war.

Whilst it is a primal urge that keeps the species going, sex doesn’t feature on Maslow’s hierarchy of human needs, although an updated version might include it.  Many disregard its importance because we can actually live without it, and many do, compared to say food and drink.  I personally think that although you might not die from being unable to have sex, something dies inside without it.  Like air, it’s not noticeably important until you’re deprived of it … then it becomes vital!

Studies have shown that sex:

The spiritual benefits of sex

In those few sex-positive societies that openly celebrated sex and explored its possibilities, we have a rich treasure of knowledge, from art showing the human form in sexual poses, to advice on ways of experiencing the life force in us and meeting the divine such as Tantric yoga.  This storehouse has helped inform a diverse discipline of practitioners able to deal with sexual issues to dispel our ignorance and shame and heal all the harm it has done.

Our immature duality of thinking that mirrors the male/female gender binary is challenged by these pathways to enlightenment.  Right and wrong no longer serve any purpose and whatever was a binary polarity becomes a continuum with the freedom to play along the whole spectrum of gender, sex and relationship.  The sincere enquirer not only enjoys the thrills and spills of new experiences but the ability to become more present and to be aware beyond the confines of self and the physical body.  When our consciousness includes not just the physical, but also the spiritual, we can deal with the blockages that prevent us fulfilling that sexual urge to merge and experience oneness with each other and all life.

As a result of our cultural backgrounds, the families we were born into and the experiences of our early years, many of us are cut off from our bodies and experience our sexuality at arm’s length, under the shadow of shame.  We don’t feel fully alive, as if we have been robbed of something precious, and, all the while, time and opportunity is passing us by. The experience of fully connecting with our sexuality enables us to feel whole and at peace, with a newfound vitality. Sex is life, and life is about loving creatively.

I work with both couples and individuals face-to-face and online. Please visit my website for more details.
HELP FOR COUPLES:
Many couples experience relationship difficulties of which sex can be a major component. It is the subject that holds the most shame and pain for many people. Finding the time and... [read more]