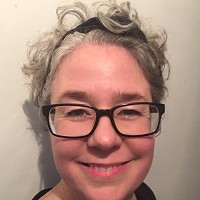 Posted by Alice Dellow 64 Days Ago

As we have become a more globalised species, we have been pushing ourselves to work harder and longer hours, some of us are expected to be at the end of a device from first thing in the morning until last thing at night.  Some work across different time zones, peer into screens for over 12 hours a day, commute long distances back and forth, some of us find ourselves moving less and less, or having to do more physical work to hit deadlines set by those only looking at the bottom line rather than our long-terms health benefits.  And, we are all having to find balance between work and home life.  Eventually, something has to give, and it is usually our health.

As a Shiatsu practitioner over the years, I am finding more people coming into clinic who are spending a larger and larger percentage of time in their sympathetic nervous system; the fight or flight condition, if you will.  What does this mean?

The role of the sympathetic nervous system, (SNS) is to kick start the body’s rapid and involuntary response to stressful (and in some circumstances, dangerous) situations. The physical impact is an increase in the release of hormones which boost the body’s alertness and speeds up the heart rate which, in turn, sends blood to the muscles in case we need to run.  In summary, the SNS protects us, and ensures we act instinctively to keep us safe.

The parasympathetic nervous system‘s (PNS) role is pretty much to do the opposite of the SNS.  Its job is to slow down the heart rate and bring the body into a state of complete rest.  This is where relaxation occurs, and it is in this state that the body is able to heal itself while the body and mind are able to assimilate and digest the day’s events and release any unease and tension.

Evolutionarily, we are designed to switch between the sympathetic to the parasympathetic as part of the body’s routine functions.  However our society, of over stimulation that we have constructed for ourselves, means that an increased number of people are remaining in their fight or flight mode (SNS) for the majority of the time.  This is showing up as anxiety and stress related issues such as pain caused by tension, insomnia and broken sleep, digestive issues, migraines and so on.   We have literally forgotten how to relax in a way that releases the tension that we are holding in our systems.

And this is where Shiatsu can help bring your body back into a healthier state of homeostasis.  During treatment, the client’s body is shown the way back to the PNS through palpations along the meridian energy channels, gentle joint mobilisation, direct contact with the nervous system, fascial release and other specialised techniques.  All of these approaches are designed to disperse stagnation in the body for smooth transportation of Qi/Ki/the body’s energy and blood, bringing the mind and body into alignment, and releasing those tensions that cause dis-ease in your body.   Treatments are non-invasive and deeply relaxing, leaving you both energised and relaxed as you leave the treatment room and over the following few days.  And this is why Shiatsu is such a fundamental therapy for the 21st Century.

As one client once said to me:

“I feel as if my whole body has been smoothed out, with all the wrinkles and creases gone”

Alice qualified as a Shiatsu-Do practitioner at the British School of Shiatsu-Do, and is a registered member of the Shiatsu Society (MRSS).

Alice was first introduced to Shiatsu-Do in 2003 and was so impressed by the health benefits in all aspects of her being: physical, emotional, mental, and spiritual, that... [read more]