How the Alexander Technique Saved my Life 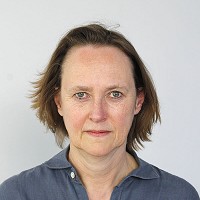 How the Alexander Technique Saved my Life

Posted by Daska Hatton 1743 Days Ago

I didn’t come to the technique through any particular aches and pains, but rather because I was losing the plot completely.  I was in my mid 30’s happily married and with 2 children when I found myself struggling to get up in the mornings after being unable to sleep during the nights.  I spent my nights in despair wondering around the house worrying after having taken two sleeping pills.  I had no idea what was the matter with me and so began the journey that I am still on today.

As I felt so awful my first port of call was my doctor.  I was prescribed Prozac.  Life got considerably worse.  I tried psychotherapy, I tried special diets, I tried special supplements, I gave up caffeine, alcohol, wheat and dairy, in short I tried all the things that we might try and nothing really worked.  I had no interest in life, no appetite and felt powerless to change my situation.  A friend recommended an Alexander Technique teacher and I went along not really knowing what to expect and not holding out much hope and indeed in those first few sessions nothing much happened, but something made me keep coming back. I suppose looking back it took about 6 months or so of weekly lessons before I really noticed a significant change.

A chance remark prompted me to apply to train to become a teacher myself and so I entered the marvellous Alexander Technique world and began a completely new chapter of my life.  An Alexander Technique training is a 3 year undertaking, but I left for the school each day with a sense of wonder that I was able to spend so much time learning how to inhabit my body.

So, what was this miraculous technique and how did it help me?  I think that the most important lesson that I learnt was that however much I tried I was unable to alter external circumstances, but that I could begin to look at what I was doing to myself that might be contributing to my problems.  I learnt that, like most of us, I was tightening my neck, hunching my shoulders, collapsing and generally shrinking from life or armouring myself as a form of protection and that these positions or postures had become habitual.  I had no idea what I was doing to myself in my everyday movements, how the habits that I had acquired over the years were to some extent causing the sense of unease and depression that I was experiencing.

What does it actually do, how does it work?  Well, after seeing quite clearly that I was indeed pulling myself down and constricting at every possible opportunity I was simply instructed to do nothing, to stop and to wait and then from this place of neutrality to start to substitute new ways of thinking and moving that let me lengthen and release for my old harmful habits.  I learnt tools that helped me to respond more appropriately to the demands of life; I learnt that as I moved with more fluidity and even, dare I say it, with ease and grace that my whole mental and emotional outlook changed.  Carrying out activities with this sort of attention or mindfulness and the simple act of meeting the world in this way was a revelation for me.  I shifted my focus from the insoluble problems of the external world and allowed some space and light and time to meet them from a more balanced state.

It is a remarkable process learning the Alexander Technique.  For me it was like seeing in colour after having seen in black and white for my whole life.  There is no right position or posture; there is simply a condition of simplicity and freedom.  It demands your attention.  It is so simple that it can be explained to a child.  And yet, after nearly 20 years of immersion I am still learning and discovering.

We come to know ourselves through our sensory perceptions of life, how the world affects us and how we move within it. Our bodies are a map of our histories, the narrative of our lives; they record the ways in which we were brought up, they chronicle our accidents and illnesses,... [read more]